Samsung Galaxy F pictured with Galaxy S5, can you spot the difference?

By now, it’s pretty obvious that Samsung has a premium smartphone in the works and it’ll probably call it the Galaxy F or S5 Prime as previously rumored. The phone has been victim to numerous leaks over the past couple of months and finally someone has decided to capture an image of it next to its now-so-premium cousin.

PhoneArena received the new image through an anonymous tipster. Seen below, the Samsung Galaxy F is on the left, while the flagship S5 is to the right. They both look extremely similar and we’re not a bit surprised, but there are various tweaks and modifications to the design. Firstly, the upcoming smartphone looks to be slightly taller than the current one and it offers a larger display of probably 5.3 inches. 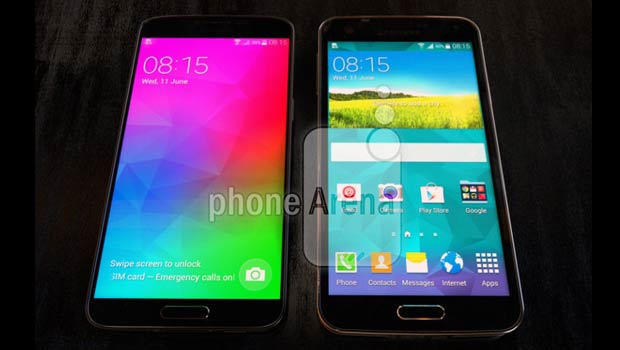 This is made possible by reducing the bezel size and the home key looks to be slimmer as well. It’s also clearly visible that the upcoming handset is thinner than the flagship and will have a water-resistant design. Previous leaks have suggested that the fingerprint reader and heart rate monitor will be onboard as well. While the Galaxy S5 has a dimpled rear panel, the one on the former device will be brushed texture and made from metal. 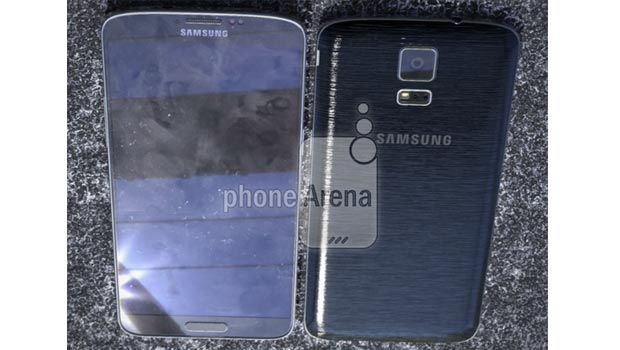 So the Samsung Galaxy F was a no-show at the company’s Premier event today, but there’s still the IFA to look forward to where the Galaxy S5 mini and Note 4 will be unveiled.