Samsung is working on new smartphone series as part of its restructuring and the Galaxy E7 is one of the members in the upcoming ‘E’ lineup. Additionally, there might also be a J series as the SM-J100H has made yet another appearance online.

The Samsung Galaxy E7 was leaked in detail earlier this week along with its E5 sibling. The phone’s latest appearance was on benchmark website GFXBench and it confirms most of the information revealed earlier. Sadly, there’s still no way of telling what the new phones will look like as we’re yet to see images get leaked. 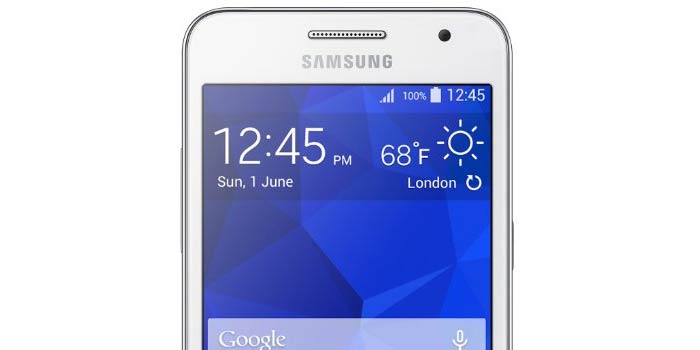 The Galaxy E series will most likely be aimed at the budget market with polycarbonate designs and not premium form factors like the handsets in the A lineup. Based on the new information, it’s more or less confirmed that the E7 will have a 5.5-inch 720p HD display, a 5MP front camera and a 13MP rear snapper.

The phone will be powered by a 1.2GHz quad core 64-bit Snapdragon 410 SOC with 2GB RAM and offer 16GB of storage. It’s currently shown running Android 4.4.4 KitKat, but should go official with Lollipop. As for the SM-J100H, this phone initially made its appearance on GFXBench and was recently spotted on the company’s UAProf website, notes Ubergizmo, which confirms its existence.

Here’s what we know about the Samsung SM-J100H’s specs:

We expect to see the Samsung Galaxy E series and the new J range at the CES or MWC 2015.