The Samsung Galaxy Core LTE or Core 4G as it will be referred to in some parts of the globe, has just been unveiled by the South Korean mobile giant. The mid-range device will be able to latch on to superfast Internet speeds with its advanced radios, and is slated to be made available in Russia and parts of Europe and Asia in the near future.

This new smartphone joins the other two Core-branded devices which were launched by the company recently in the form of the Core Advance and Core Plus. Coming back to the Samsung Galaxy Core LTE, this device boasts of LTE Category 4 connectivity, and features a ‘leather and soft-feel’ back cover on its 132.9mm x 66.3mm x 9.8mm body. 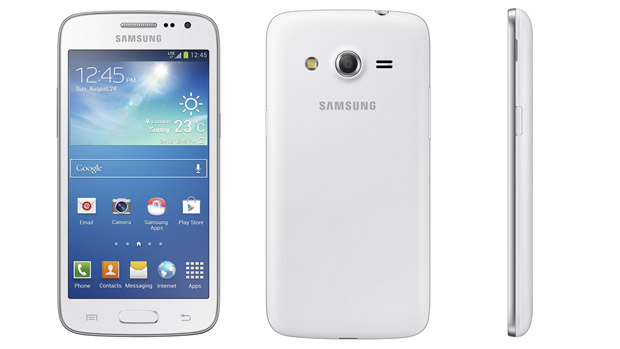 According to its maker, it will be made available in black and white shades. This phone carries on its front a 4.5-inch qHD PLS TFT display. It runs on a 1.2GHz dual core processor, and is assisted in its operations by 1GB worth of RAM. Internal storage of the Samsung Galaxy Core LTE has been locked at 8GB, but there is scope for expansion through its microSD card slot. This Android 4.2.2 Jelly Bean device kicks in a 5MP rear shooter and a VGA front camera.

There’s no word out yet about the price of the Samsung Galaxy Core LTE, but we’ll have more on it when additional details are out. 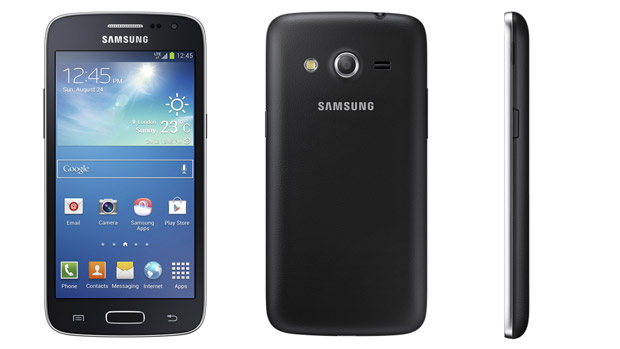 Here’s a quick look at its specifications: