The Samsung Galaxy Core Advance that was released back in December 2013, has been put up for sale in South Korean and we expect the affordable gadget to be made available in a number of other developing markets very soon. Nothing has been revealed about its international launch though.

This smartphone falls in the budget-friendly category and continues to bring physical menu, home and back button which are placed at the bottom of the screen. Its entire front side is graced by a 4.7-inch TFT touchscreen measuring 4.7 inches and rendering WVGA visuals. Its exterior measures 133.3 x 70.5 x 9.7 millimeters and the Samsung Galaxy Core Advance tips the scales at merely 145 grams. Dual cameras have also been fitted on the device. 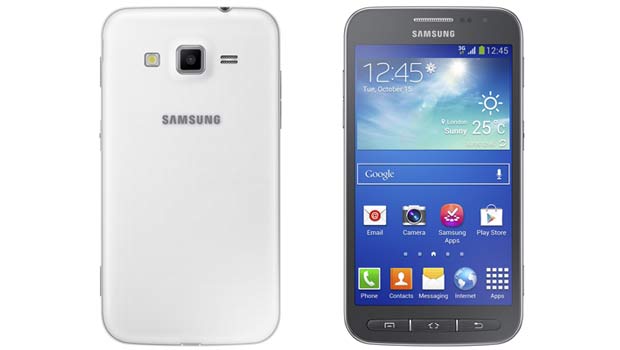 A VGA webcam is present for facilitating video conferencing, while a 5MP auto focus camera lays claim over the rear panel for allowing users to capture images and videos. The smartphone is powered by the Android Jelly Bean 4.2 OS and draws fuel from a 2000mAh battery.

A 1.2GHz dual core processor is responsible for maintaining smooth multitasking at all times with the assistance from 1GB of RAM. Its total internal memory amounts to 8GB and it can easily be expanded by up to 64GB using a microSD card.

The Samsung Galaxy Core Advance hs been priced at 410,300 won in South Korea, reports the guys over at Sammy Hub. It can be picked up in shades of pearl white and deep blue.