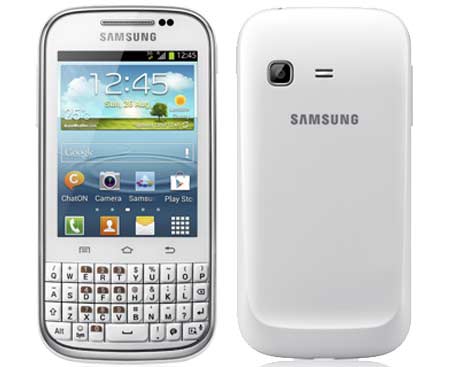 There aren’t many Ice Cream Sandwich-based devices which are equipped with a full QWERTY keypad as yet, but those on the lookout for such a phone can turn their attention towards the Samsung Galaxy Chat. It is slated to make its debut in Spain this month and then in regions like Europe, Southeast and Southwest Asia, Latin America, Middle East and China.

Meant for socially active people, the smartphone’s front panel houses a 3-inch QVGA TFT multi-touch LCD display in addition to a full QWERTY keypad. While this keyboard highly simplifies typing on the phone, pre-installed applications like ChatOn messaging service encourage users to keep in touch with friends. It has also been embedded with a dedicated launch key for the aforementioned app.

Additionally, the built-in email application, comes with predictable search capabilities, a visual action bar and folders for instant access to mails. The company has also added some of its proprietary features to the handset that include Game Hub and AllShare Play amongst others. Although it ships with 4GB onboard memory, its expansion slot can be used to increase storage by up to 32GB capacity. 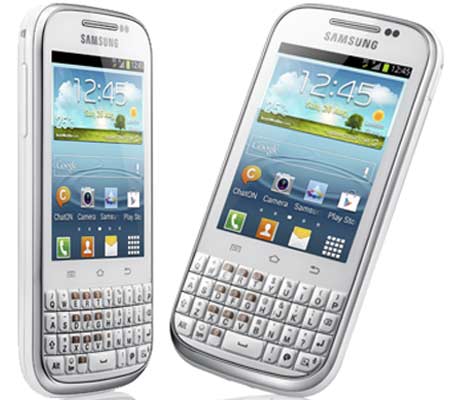 Powered by an application processor that clocks in a speed of 850MHz, the Android 4.0 platform teams up with the TouchWiz UX to offer an intuitive experience through the device. The multimedia-ready phone is armed with a 2MP camera, capable of recording videos and it even extends support to most common audio and video formats. The Wi-Fi-enabled Galaxy Chat also sports a USB 2.0 port and a 3.5mm speaker jack for establishing connections with various peripherals.

All that’s clear about the Samsung Galaxy Chat price and release date is that it will be made available starting this month at a competitive price point.