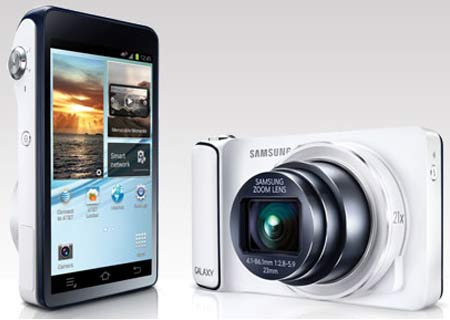 The Nokia Lumia 920 PureView handset is about to witness some stiff competition with the Samsung Galaxy Camera AT&T release date nearing in. Powered by the Android Jelly Bean platform, the snapper packs in a host of smartphone capabilities and even support for 4G mobile internet connectivity.

Fitted within the camera’s stylish form factor is a 4.8-inch HD Super Clear LCD screen with a pixel density of 308ppi, accompanied by a 21x optical zoom lens and a 16MP BSI CMOS sensor. Just like the Galaxy Note 2, this device packs in a quad core processor, but with clock speeds of 1GHz. Complementing the display and the 4-core SOC are 65 pre-loaded editing tools which can be utilized for tweaking images and rendering professional-quality captures. 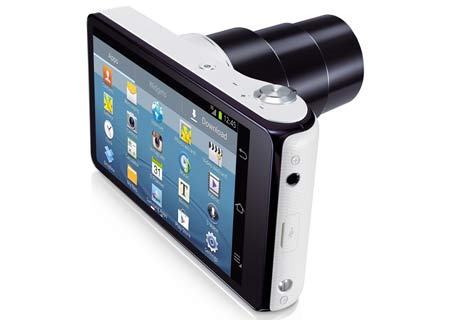 Videos can be captured in FHD resolution at 30fps or in a 720 x 480p resolution at 120fps. With the Auto Cloud Back-up option, all pictures are automatically uploaded to the cloud the very moment they’re taken. The snapper is bundled with various tools that first made their debut on the Galaxy S3. They include AllShare Play, Share Shot and Buddy Photo Share. Apart from these pre-loaded features, users will also be able to access a wide catalog of applications from the Google Play store. Where connectivity is concerned, the snapper supports Wi-Fi a/b/g/n standards, Bluetooth 4.0 and HDMI 4.1. 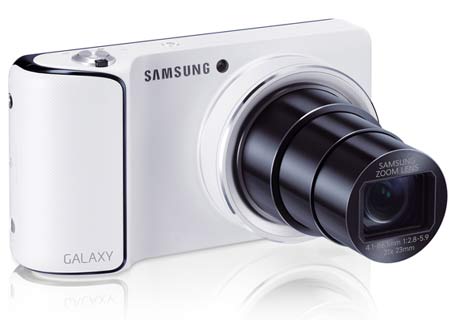 So far, there’s no word on the price details for the Samsung Galaxy Camera AT&T. However, this information will be announced when the device goes on slate. The release date is expected to fall sometime during the coming weeks.