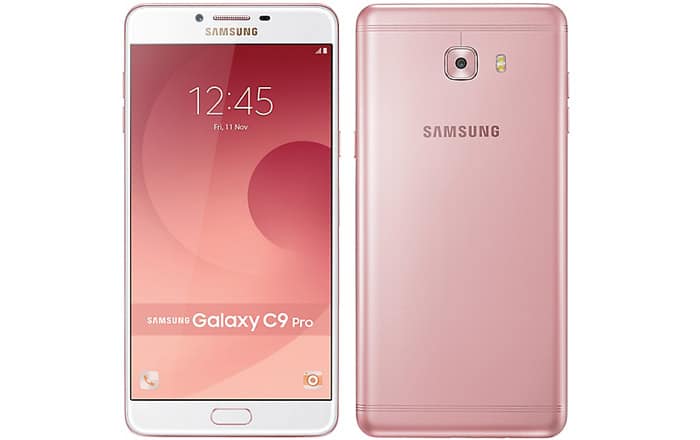 The Samsung Galaxy C9 Pro made its debut in China all the way back in October last year. A new report now alleges that the smartphone is making its way to India on January 18.

The Galaxy C9 Pro was priced at CNY 3199 upon its launch in China which translates to approximately Rs 31700 in India. SamMobile predicts that it’ll be more expensive than the Rs 32490 Galaxy A9 Pro. The comparison is pretty apt considering both feature 6-inch 1080p screens.

However, the Galaxy C9 Pro pulls out ahead of the latter courtesy superior specs like its 1.95GHz octa-core Snapdragon 653 processor, 64GB of internal storage, and 6GB of RAM. The last is considered to be one of its top highlights, with the handset notable for being the brand’s first-ever 6GB RAM offering.

The Samsung device’s multimedia credentials are further enhanced by the presence of Ultra High Quality Audio (UHQA) and dual speakers for stereo sound. The all-metal phone ships with 16MP front and rear cameras. Both feature an aperture of f/1.9, but only the primary shooter gets the benefit of dual-LED flash and PDAF.

A quick rundown of the main specifications of the Samsung Galaxy C9 Pro:

We’ll keep you updated on the Samsung Galaxy C9 Pro the moment it lands in India.