The Samsung Galaxy C9 Pro has gotten its second big price cut less than a year since its arrival in India. The handset first hit the subcontinent back in January 2017 at Rs 36900 and then dropped down to Rs 31900 in June.

It seems Samsung has decided to make its first 6GB RAM phone even more affordable, cutting the phone’s cost down by an extra Rs 2000. That discount translates to the device being available at Rs 29900 in the country. All-in-all, the smartphone has become Rs 7000 cheaper since it first made its debut in India.

It should be noted that this change isn’t reflected on Samsung’s site where the Galaxy C9 Pro is still listed at Rs 31900. The drop was first highlighted by Mumbai-based retailer Mahesh Telecom, so offline shops will probably carry the revised cost. 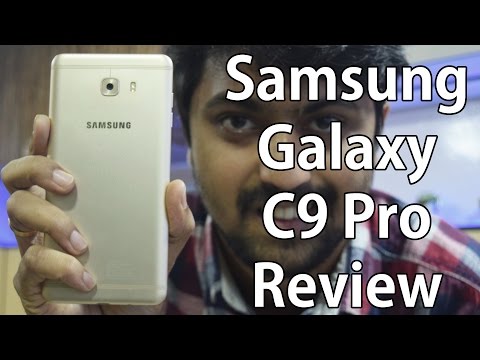 As for online outlets, sites like Amazon India are selling the Galaxy C9 Pro at Rs 29900. Other than possessing 6GB of RAM, the device also boasts of having a huge 6-inch FHD Super AMOLED screen. Unfortunately, it runs on Android 6.0 Marshmallow right now and it’s unclear when the company plans to roll out a Nougat update for it.