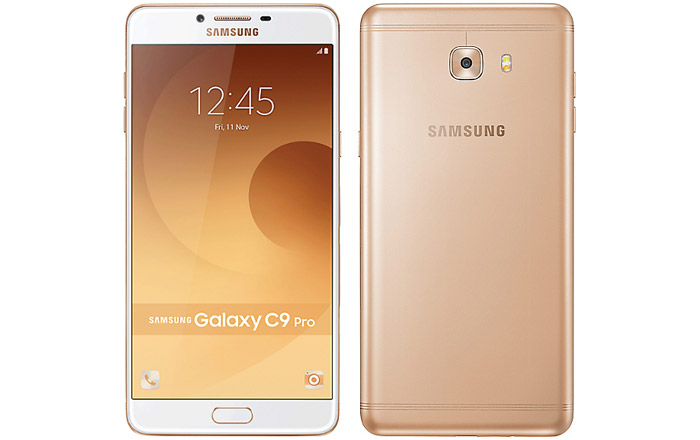 Samsung has officially brought the Galaxy C9 Pro to India a couple of months after launching it in China. The handset is set to go up for sale sometime in the second half of February 2017.

Interested buyers can pre-book the Galaxy C9 Pro via offline and online stores starting from January 27. Samsung is looking to entice them by offering a one-time screen replacement offer valid for a year. As for its cost, the smartphone has been slapped with a Rs 36900 price tag.

The phone’s premium status can be attributed partly to its considerable 6GB of RAM, a first for Samsung. It also features a huge 6-inch Super AMOLED 1080p screen. Such a large display requires an equally big battery unit to support it, in this case a 4000mAh fast charging powerhouse.

The Galaxy C9 Pro’s media capabilities are further enhanced by Ultra High Quality Audio (UHQA) integration and dual speakers for stereo sound. Both its front and back cameras sport a 16MP resolution and f/1.9 aperture.

Specifications of the Samsung Galaxy C9 Pro at a glimpse:

The Galaxy C9 Pro will be sold in black and gold colors in India. Like we said above, it’ll hit availability in the latter half of February at Rs 36900.