In two separate blows to Samsung coming from opposite sides of the world, the much touted Galaxy Alpha has been leaked in Russia and Brazil. Moreover, the gaffe in the former country comes through the company itself, which sponsored a yachting event there and didn’t bother to notice that the handset’s logos were splattered all over the promotional materials there.

According to GSM Arena, the images from this boating event in Moscow were quick to be taken down, but they were snapped up by various sites prior to that. The promotional materials there mentioned the name of the Samsung Galaxy Alpha, while some attendees were also seen holding the handset while posing for pictures. 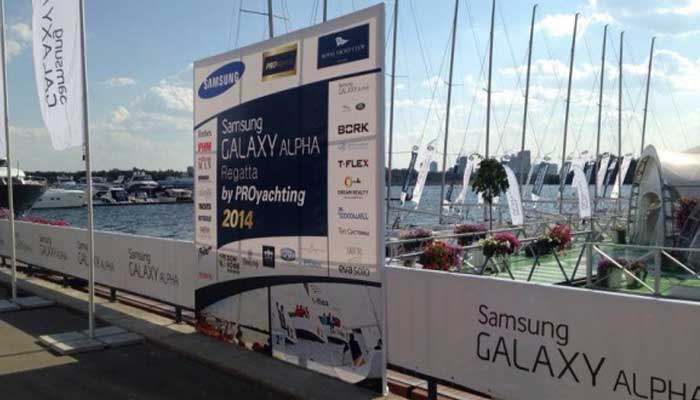 Now let us sail towards Brazil for news about the device that comes from the South American country. A source in the know of a site named TecMundo has sent it an image of the phone’s alleged marketing material which goes on to showcase all its important specs. Just ignore the minor error in the resolution tab and all these specs match those which have been revealed in the past. 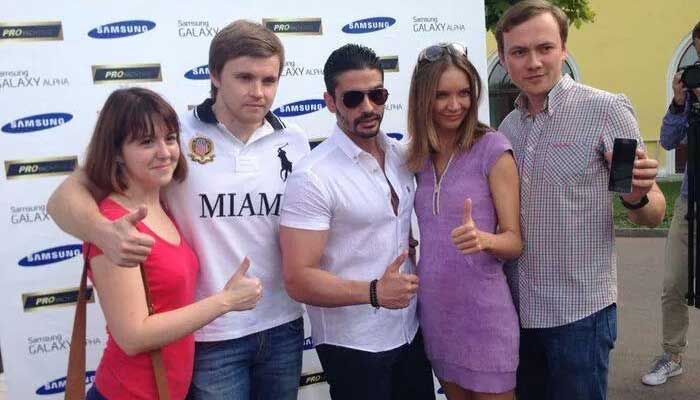 Here’s an exact look at what the Samsung Galaxy Alpha will pack inside it: 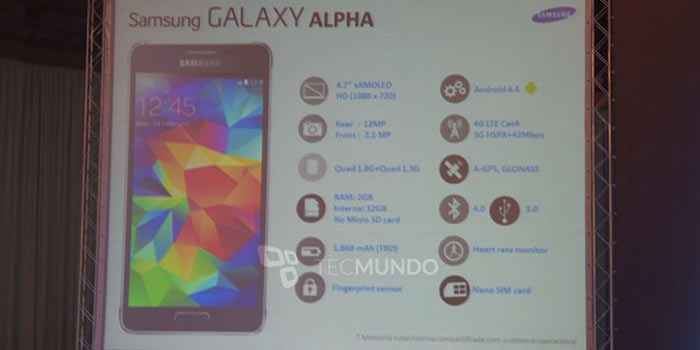 Built with a metal frame, the Samsung Galaxy Alpha will obviously be positioned as an affordable alternative to the iPhone 6 which has been sending rumor mills haywire since the past few months.