Samsung Galaxy Alpha will land in Canada on Sep 26, US launch next?

Samsung has disclosed that the beautifully metal-clad Galaxy Alpha smartphone will be available in Canada in the next few weeks through multiple network operators. So far, the Korean giant has confirmed that Bell Mobility and Virgin Mobile will initially be offering the handset.

As it has made its way to Canada, the Samsung Galaxy Alpha could also be destined for launch in the US, but we’re still to hear official word on the same. The handset made its debut back in mid-August after months of speculation. 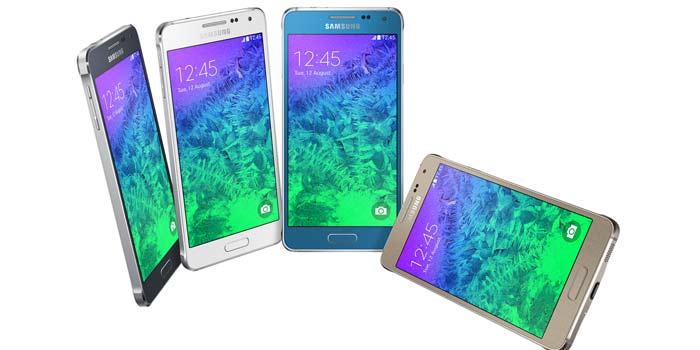 The phone is essentially a smaller version of the Galaxy S5, but offers a metal body instead of polycarbonate which can be found on the majority of Samsung devices. And while it carries multiple features launched with the flagship, the water-resistant design has been omitted.

Also see: Samsung’s Note 4 is as expected, but Note Edge is a big surprise with its bent display

The handset kicks in a 4.7-inch 720p HD Super AMOLED display, a 2.1MP camera and the fingerprint reader on the front, while the rear holds a 12MP shooter and the heart rate monitor. A 2.5GHz quad core SOC (probably the Snapdragon 801) is onboard and there’s 4G LTE connectivity as well.

The Samsung Galaxy Alpha will be released in Canada on September 26 and is already available for pre-order on Bell at $149.95 with a 2-year contract or $699.95 at full retail. The US pricing should be similar.