Samsung chose a road show in Hamburg, Germany to unveil its new entry-level smartphone – the Samsung Galaxy Ace Style. This device packs in the Android 4.4 KitKat OS, pushing it in the rare league of entry-level handsets bearing the latest version of Google’s mobile platform.

Marked with the model number SM-G310HN, the Samsung Galaxy Ace Style is built using the same design approach which we’ve been seeing in company’s similar products for the last few years. German site Netzwelt.de has disclosed that this phone also features the new TouchWIZ user interface introduced through the Galaxy S5, with its flat design and more. 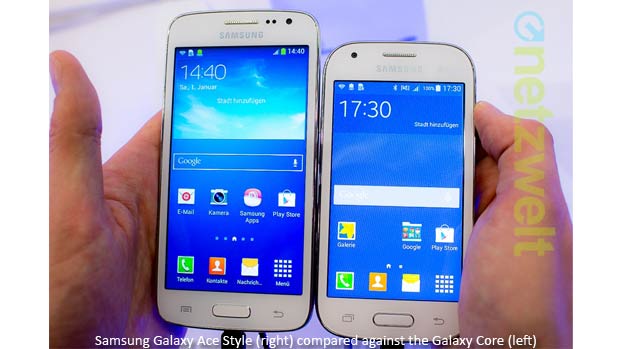 The device features on its front surface a 4-inch 480 x 800 pixels display. 4GB worth of internal storage also finds its way into it, apart from a 1.2GHz dual core chipset. A 5MP rear camera as well as a VGA front-facing snapper have been granted to the device by Samsung.

As expected, the Samsung Galaxy Ace Style will be released in the form of both single and dual SIM versions. Its price is still to be confirmed by the South Korean company, but we should see something official about it being said in the weeks to come, so stay tuned. 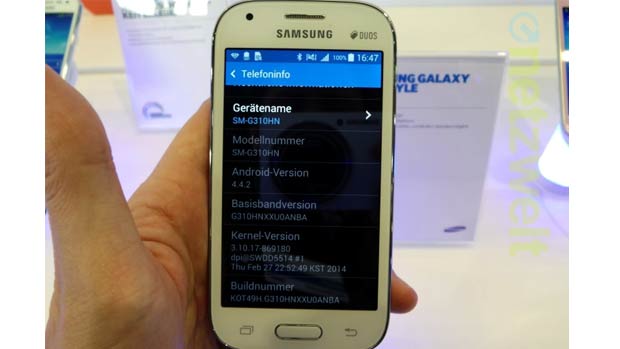 In the meanwhile, here’s a look at its confirmed specs: