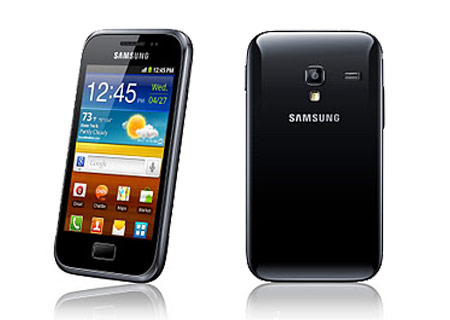 To kick start this new year, a certain South Korea-based conglomerate seems to have another ace up its sleeves and by that we mean the newly unveiled Samsung Galaxy Ace Plus smartphone. Compared to its predecessor, this handset’s got a faster processor, a slightly bigger screen and larger storage capacity as well as higher RAM.

Revamped with an enhanced list of specifications, the Galaxy Ace Plus device is powered by the Android Gingerbread OS that runs along with the TouchWiz UI. Hardware-wise, it employs a 1GHz processor, a 3.65-inch TFT HVGA capacitive touch display, a rear facing 5MP camera with auto focus and LED flash as well as 3GB of built-in memory from which 1GB is dedicated to hoarding applications and the remaining 2GB to multimedia content.

“Samsung Mobile is opening 2012 with the introduction of the Samsung Galaxy Ace Plus, which will help enhance the Galaxy brand following the huge success of the Galaxy S, Galaxy SII, Galaxy Ace and Galaxy mini. The Galaxy Ace Plus benefits from the Android Gingerbread platform and Samsung services, which provide a better mobile experience for more consumers. In 2012, we will continue to make every effort to create an easy and fun mobile experience by expanding our incredibly popular Galaxy smartphone range, which is now one of the most recognized and successful mobile brands in the world,” commented, JK Shin, President of IT & Mobile Communications Division at Samsung. 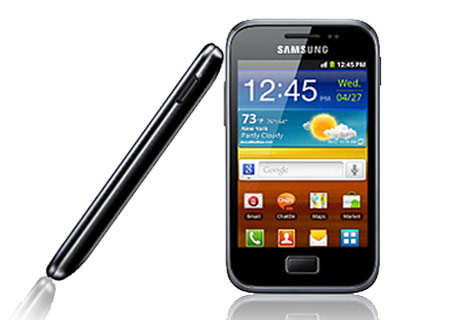 Placed against the original version, the smartphone employs 512MB of RAM for better multitasking capabilities and an enhanced web browsing experience. For connectivity, it’s equipped with HSDPA capabilities up to 7.2Mbps, A-GPS, Bluetooth 3.0 and Wi-Fi 802.11b/g/n standards. This device also comes with a few pre-loaded apps such as Samsung’s Social Hub, Music Hub and ChatON services. To power these aforementioned components, the handset sports a 1,300mAh Li-ion battery.

The Galaxy Ace Plus price is still under wraps. However, the smartphone is expected to release in Russia starting sometime this month and it will be further rolled out to Europe, CIS, Latin America, Southeast as well as Southwest Asia, the Middle East, Africa and China.