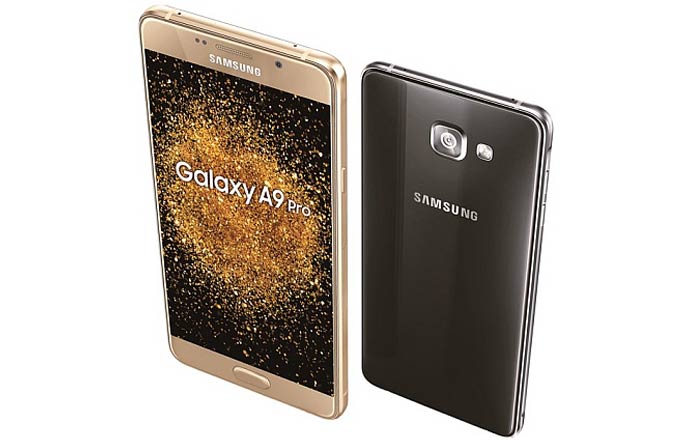 Samsung has finally brought the Galaxy A9 Pro to Indian shores after launching the handset in China back in March this year. The phone represents a major upgrade over its predecessor, especially in terms of its RAM, battery and camera.

One of the biggest highlights of the Samsung Galaxy A9 Pro is its 6-inch screen, ideal for people in the market for a phablet which lets them watch content in full HD resolution. A big display requires a large battery powering its visuals, which is probably why Samsung has chosen to stuff the phone with a huge 5000mAh powerhouse.

This battery has been blessed with fast charging technology which apparently makes sure it reaches 100% capacity within 160 minutes. Samsung further claims it can last for 26 hours of video playback time and 33 hours of talk time. The smartphone’s media-heavy activities are supported by a 1.8GHz octa-core Snapdragon 652 processor and 4GB of RAM.

The Galaxy A9 Pro sports a 16MP rear camera equipped with OIS, an aperture of f/1.9, and LED flash. Its 8MP front-facing snapper has also been entrusted with an f/1.9 aperture. The company has further furnished the lens with Wide Selfie and Palm Selfie tools.

Here’s a quick look at the specifications of the Samsung Galaxy A9 Pro:

The Samsung Galaxy A9 Pro is priced at Rs 32490 and will hit availability in India on September 26.