Samsung Galaxy A8 to come with 5.5-inch 1080p display, gets benchmarked

We’ve already seen the rumors on the Samsung Galaxy A8 and now, we’ve got even more evidence of the phone’s existence. The device was recently spotted in a benchmark listing online and hardware details have been revealed as well.

The Samsung Galaxy A8 was originally speculated to come with a 5.7-inch display, but the new data suggests that the screen size could be a tad smaller. GFXBench has the SM-A8000 listed on its website and the touchscreen is shown to be 5.5 inches.

The benchmark website does offer legit information, but it has messed up a few details in the past. This could be another case of inaccurate data. Also, the previous findings did come from a trusted source. So the jury is still out on which of the two is correct. 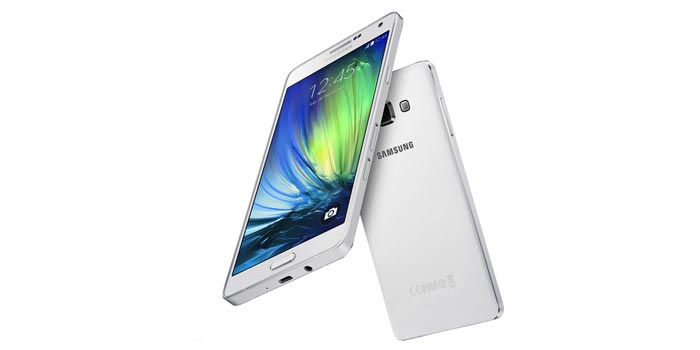 If the screen does end up being a 5.5-inch panel, the phone would be around the same size as Galaxy A7. So why would Samsung offer two devices in the same series with the same display and resolution? Well, there are a few unique features which set the A8 apart from its sibling.

The handset is said to be the slimmest device from the company and leaked specs point to a 5.9mm form factor. Then there’s the main camera which is rated at 16MP, making the Galaxy A8 the first outside the flagships series to carry such a high resolution snapper. Like the other member, the upcoming phone will also have a full metal unibody constriction.

There’s no word as yet as to when the Samsung Galaxy A8 smartphone will be officially launched.