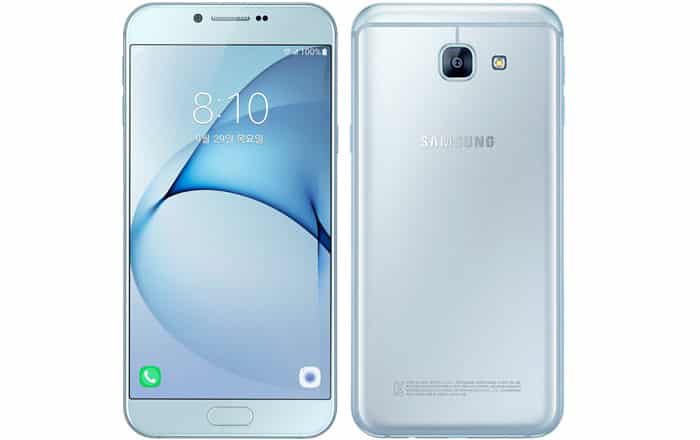 Samsung has finally made the Galaxy A8 (2016) official in its home base of South Korea after numerous leaks and trips through the rumors mills. The device is priced at KRW 649000 which translates to roughly $580 or Rs 39200.

In terms of design, the Samsung Galaxy A8 (2016) looks pretty similar to its previous variant complete with an all-metal body. One notable change comes in the form of the new handset’s Always On Display feature which first made its debut in the Galaxy S7. It also borrows the Note 7’s Grace UX which is based on Android 6.0.1 Marshmallow.

In terms of specs, the Galaxy A8 (2016) offers a bigger 3300mAh battery compared to its predecessor’s 3050mAh one. It gets things done with the help of an octa-core Exynos 7420 processor which is comprised of four 2.1GHz Cortex-A57 cores and four 1.5GHz Cortex-A53 cores. The SoC is notably the same one running at the heart of the Galaxy S6.

The smartphone further ships with a fingerprint sensor which has been embedded within its home button. Other top specs include in-built support for Samsung Pay, a 16MP primary camera, an 8MP secondary snapper, and a 5.7-inch AMOLED display which outputs its visuals in a resolution of 1920 x 1080p.

Check out the specifications of the Samsung Galaxy A8 (2016) at a glance:

Samsung hasn’t announced what its international plans for the Galaxy A8 (2016) are yet. We’ll keep you updated the moment it lifts the lid on its intentions.