Samsung Galaxy A7 handset gets certified by FCC, is it finally getting ready for launch?

The third addition to the Galaxy A series, the Samsung Galaxy A7, wasn’t present when the A3 and A5 smartphones went official, but it looks like the company is nearly ready to launch the handset. The phone has been spotted at the FCC which means that it has received the green light for sale and should make its debut soon.

The Samsung Galaxy A7 has been extensively leaked over the past few months and it’s the largest member in the lineup, not to mention the beefiest of the three. We’ve already gotten a good look at the phone’s hardware thanks to a benchmark listing and even the company’s own website. All that’s left is for us to get a glimpse of the design. 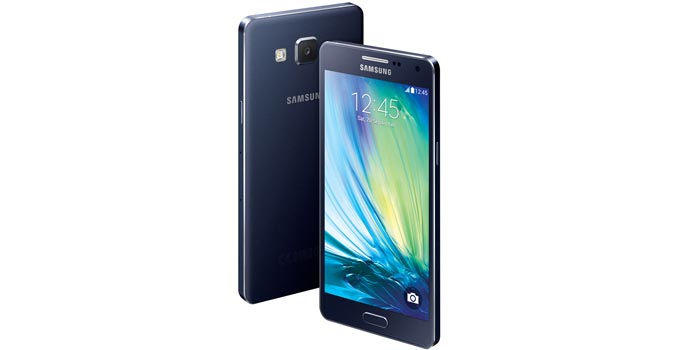 However, seeing as the A3 and A5 look identical, we doubt that the company has done anything special with the A7. And like the former two phones, the upcoming one is also powered by a 64-bit processor, a faster SOC of course. The 1.5GHz octa core Snapdragon 615 chipset is said to be onboard with Android 4.4 KitKat in the driver’s seat.

Also read: Linshof i8 handset will have you fall in love with its design, specs and price

The phone will have a 5.2-inch 1080p display which will obviously be an AMOLED panel. Apart from these features, we know that there will be a 5MP front camera, a 12MP snapper on the rear, 2GB of RAM and 16GB of storage, all fitted within a slim unibody metal form factor. PhoneArena points out that this version of the Samsung Galaxy A7 will have 4G LTE connectivity.

We should see the Samsung Galaxy A7 go official in the next couple of weeks.