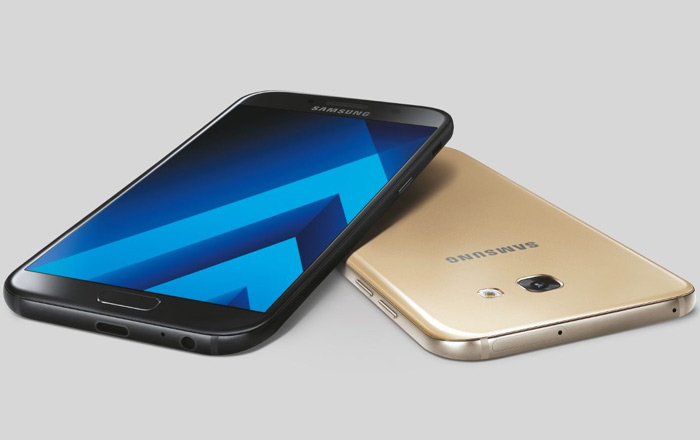 Samsung’s finally brought the 2017 edition of its Galaxy A series to India after debuting the lineup back in January this year. The South Korean brand has only launched the Galaxy A5 (2017) and Galaxy A7 (2017) in India as of now, leaving out the Galaxy A3 (2017).

The Galaxy A5 (2017) will set buyers back by Rs 28990, while the Galaxy A7 (2017) goes for a more premium Rs 33490 price tag. The two are set to hit offline and online stores on March 15. Pre-booking begins from today itself via Samsung’s site and physical retailers.

Diving into the Galaxy A7 (2017), one of the device’s biggest selling points is its IP68 certification which promises protection against dust and water. The Galaxy S7 notably boasts of the same level of defense against liquids. Speaking of the flagship, the newer handset looks similar to the older one.

Samsung’s also upgraded the photography skills of the offering, equipping both the front and back surface with 16MP cameras. The selfie snapper gets the benefit of an aperture of f/1.9 and the rear shooter grabs the same aperture and LED flash.

Specifications of the Samsung Galaxy A7 (2017) at a glance:

As for the Galaxy A5 (2017), it differs from its more expensive sibling by virtue of having a smaller 5.2-inch full HD screen and 3000mAh battery. You can pre-book the former here and the latter here.