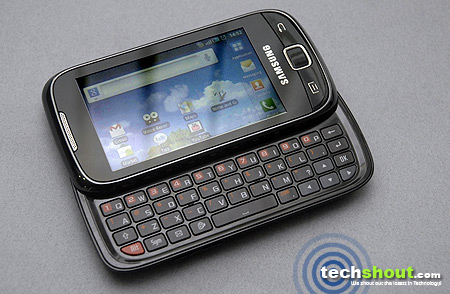 Don’t blame us if we can’t remember significant details of even the most recent Android phones crossing our paths. Well, they somehow manage to pack in near about the same things – extensive media support, a decent camera, an intuitive interface and Internet support. Put all of it together with the plethora of phones knocking in and it can get really fuddling for even the odd mobile user. But when a company releases a lineup that’s said to be a full throttle to Apple’s line of products, it’s definitely got something brewing. We’re talking about the Samsung Galaxy lineup that has seen not just smartphones lighting up ‘techvilla’ but also tablets and media players. Comprehending the full touch v/s touch plus keypad battle is what we intend to do with the latest product from this series that’s sitting pretty on our desks. It’s the Galaxy 551 (GT-i551) smartphone that’s trotted into our environs for a review.

Unboxing the Samsung Galaxy 551 phone threw out a USB cable, the user manual, earphones with silicone ear tips (S, M, L sizes included), the warranty card and a travel adapter. On the face of it, the Galaxy phone looks like any other Android smartphone – the same form factor with the by now familiar home, menu and back buttons decked right below the screen. It’s only when you send your fingers darting for the other knobs and fixtures, you’ll know Samsung’s trying to be different. The Power button moves to the right edge unlike other devices that have it sitting on the top contour. This area instead holds the USB port (covered by a sliding door) and the 3.5mm headset port. It’s just the volume adjustment key and nothing more on the left brim. The upper bezel of the screen holds the ambient light and proximity sensor with the earpiece. The camera lens, loudspeaker and the ‘With Google’ and ‘Samsung’ etchings find space on the rear side of the device. 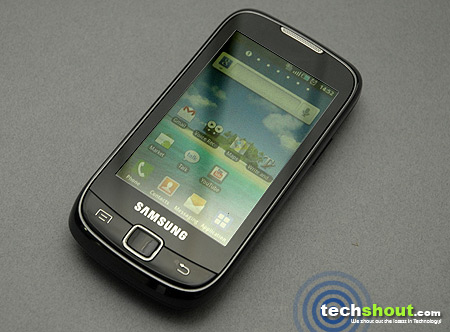 Samsung seems to have compromised on the build quality with the complete plastic chassis, but then it also adds to making the phone really lightweight at a mere 117 grams. It’s not that we have a sweet spot for capacitive displays over resistive ones, but the fact that the touch on this one only got better every time we used it did it for us. We’re nodding our heads in to the 3.2” multi-touch capacitive display supporting 16 million colors that’s been fitted on the phone despite its mere 240×400 pixels. The reason – it responds to even the slightest touch and mighty efficiently we must say. The brightness though gets a little too hurtful when you’re out in sunlight and the over-reflectivity for one made it really difficult to read text. The slider mechanism for the fitted keyboard is solid and didn’t require more than a slight push to reveal itself. It’s a full QWERTY keypad, which appears like it’s been taken straight off from a netbook and the fact that its backlit only makes it that much more likeable. More of a personal choice, we would have preferred raised buttons as the keys lying flat in 4 rows on the surface we think make it difficult to identify the one being hit. On the upside however, the keys are large enough to suit virtually every finger type and it won’t be long before you actually get used to them.

As far as the onscreen keyboard goes, it takes leaf from the iPhone interface and is very user-friendly. In the portrait mode though the keys look crunched for space and you may find yourself using it more often in the landscape mode. The interface is a good blend of Android 2.2 capabilities and Samsung’s TouchWiz UI. You can customize 7 homescreens with widgets of your choice while the menu spans across two pages. A line of widgets hosting the Phone, Contacts, Messaging and Applications (changes to home when you’re using a particular application or just in the menu) functions stays all along the interface. Akin most Android phones we’ve spent time with, this one has a pull-down menu too. But what sets it a class apart is the quick launch buttons that appear in the notification tray. Specifically, the TouchWiz interface lights up more than a handful of things on the phone. Hold down the Home button for instance and a pop up of the applications opened recently with a Task Manager button are revealed. You can end tasks from there or even switch between applications in a jiffy.

Despite manufacturers adding more resolutions to cameras on mobile phones, Samsung goes the retro way with a 3.2MP autofocus snapper minus LED flash on the Galaxy 551. Despite this, the still image quality is decent and it’s only in low-light conditions really that you’d be complaining. The video quality offered by the camera is nothing to write home about with videos being recorded at a poor 15fps. The audio quality with recorded videos is passable. But that’s limited to just the videos being recorded. The audio quality will leave you in awe when you’re playing music through the included TouchWiz music player. With nifty treble and bass, sound being belted out is loud, clear and pleasing to the ears. The equalizer lets you pick from among many enhancements while MP3, eAAC+ and WAV audio files are compatible. Even the quality of video playback is good with support for MP4, DivX, 3GP and WMV video formats. We put the implanted YouTube application to good use with an HD trailer of No Strings Attached. We left the application with a smile on our face and it only got better with the included in-ear headphones when testing other aural aspects. 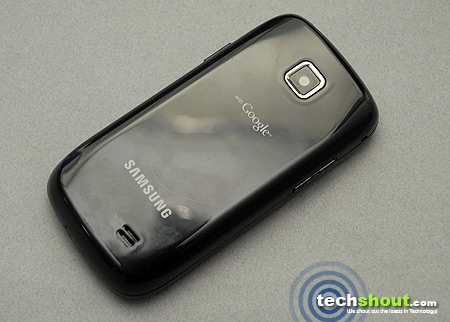 The Samsung Galaxy 551 is tether-capable and you can turn it into a portable Wi-Fi hotspot at your free will. The fact that the HTML browser got some Java loving upped the internet experience. Search can be customized as per your preference while you assign shortcuts for quick launch applications. The web browser lends a helping hand to kinetic scrolling which is however noticeably sluggish for most parts. Despite the inclusion of an accelerometer and most browsing needs being met, the Chrome Lite browser seems to be a downer on this phone. There’s no denying it delivers mobile optimized pages along with the option of viewing the complete website, but it was just too slow for our liking. We did manage to sync between various accounts and SNSs seamlessly though.

As far as applications and downloads are considered, it’s an effortless journey in this ‘Galaxy’. Downloaded content is well-placed, and easy to find and install. We got our hands on the Angry Birds game (which is very addictive) from the Android Market along with Global Racing Thunder. All Share and Layars are some interesting applications that come integrated with this phone besides of course native apps for Twitter and Facebook. The incorporated GPS let us make the most of the maps with improved pinch to zoom. Besides Google Maps, committed apps like Latitude, Places and News Weather too dish out appropriate information. The phone kept us occupied for just about a day before we reached out for the charger to juice it up.

The keypad has optimally spaced keys, clearly making it a winner on this front.

It’s not quite often that we see a handset run Android 2.2 in the budget that this phone is offered.

Well, the loudspeaker at the back thrusting on your fingers as you hold the phone says it’s a job well done.

Keeping Wi-Fi on will significantly eat up on your battery life.

Call quality is not one of the best for a smartphone of its standard.

We aren’t in favor of the browsing capabilities the phone reflected.

Unlike other Android 2.2-enabled devices there’s no support for live wallpapers.

The included 667MHz processor coupled with Android 2.2 for your pleasure should quite sum up the kind of smartphone experience we’ve had with the Samsung Galaxy 551 handset. It does make up for all that could be lacking otherwise. And you can’t deny the fact that the phone is appropriately placed with the Rs 15,390 price tag it carries too. We give it a neat 8.8 out of 10 for all the goodness it has on offer despite its low cost.