The Samsung Freeform M seems all set to make its debut in the US through MetroPCS as it has been spotted on the official company website. Although Samsung has revealed that the next edition Freeform phone is indeed coming through the said carrier, the latter has yet to make an official announcement for confirming the same. The device should be made available in this month itself.

The guys over at Phone Scoop, who happened to spot the handset on the OEM’s web portal, reveal that its price and availability details have been kept under wraps for now. And we are definitely not expecting this feature phone to arrive with a hefty retail tag. The gadget in question is most likely to be priced reasonably and it goes without saying that the device will be up for sale without a contract in the US. Also, like all of the other Samsung Freeform contenders, it has been fitted with a QWERTY keypad on the front panel as well. 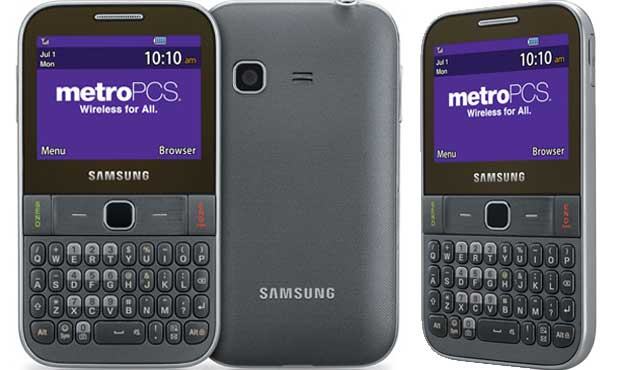 Crammed into a chassis with dimensions of 4.41 x 2.44 x 0.48 inches, the device that tips the scales at 3.56Oz employs a 2.4-inch 320 x 240p TFT display. It operates with the assistance of a 520MHz processor and brings 256MB of internal memory expandable further by up to 32GB using a microSD card. Some of the other attributes of the Samsung Freeform M include Bluetooth, Wi-Fi, email support, built-in GPS, a 2MP camera and an A/V player amongst many others. And if that’s not enough, the handset even hides a 1000mAh lithium-ion battery under the hood for providing internet browsing time of about 8 hours and standby time of close to 384 hours in the 3G mode.

As we already said, the Samsung Freeform M feature phone’s pricing and release date information is not known.