Samsung confirms its foldable phone doubles up as a tablet

Samsung’s mysterious foldable phone just got a lot less mysterious thanks to a big reveal by the brand’s mobile chief, DJ Koh. The CEO has confirmed that the handset will work like a tablet when unfolded and a smartphone when folded.

This might seem obvious, but it’s big news for fans who’ve been eagerly waiting for this groundbreaking device to finally come to life. They may not have to wait too long for it since Koh has also outlined a 2018 launch for the bendy phone, maybe as soon as November 2018 at Samsung’s Developer Conference.

Samsung will have to fight off competition from Huawei. The Chinese manufacturer is reportedly planning to debut its own foldable wonder in November as well. The South Korean brand will have to make sure its product is unique, plus it has the advantage of a more global reach and a strong US presence.

Koh told CNET that the bendable device will be available worldwide and not be restricted only to a few markets as rumors have suggested. He’s also emphasizing that the device won’t be a gimmick which will disappear after 6 to 9 months. He thinks that when it’s delivered, it has to be “really meaningful” to its customers. 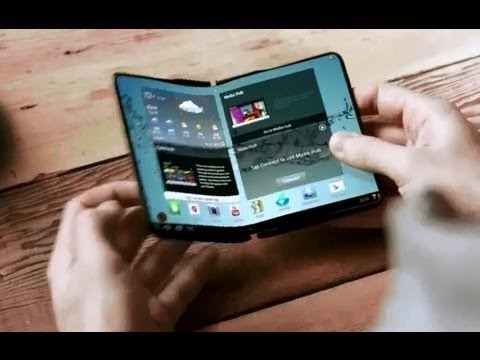 A tablet-phone hybrid could be useful in that sense. A person could multitask with ease when it’s in tablet mode and fold it into a more portable form in handset mode. The design actually sounds very similar to a concept ad Samsung came up with many years ago (see above).

Koh thinks the foldable Samsung phone might start out as a niche product, but eventually expand into more commercial markets. He didn’t mention anything about its price, but it’s clear the device is going to be very expensive. Some have even tossed around $2000 (roughly Rs 147910) as a possible starting rate.