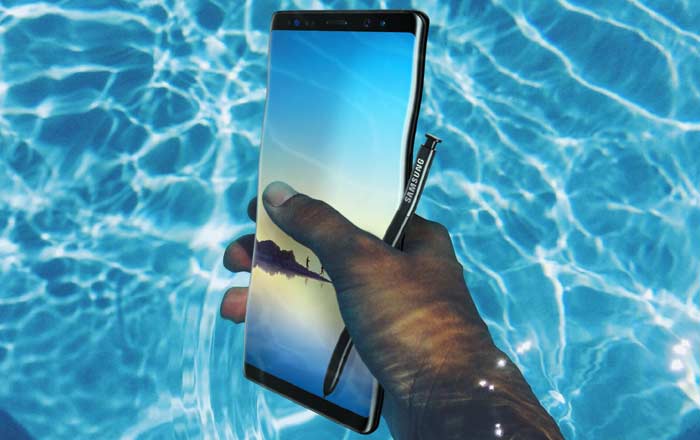 Samsung could be on the verge of a major controversy centered on the battery of the Galaxy Note 8. Unlike last time though, the battery isn’t really exploding as much as it’s doing nothing at all.

To recap, a number of Galaxy Note 8 owners took to social media and Samsung forum posts to complain that their phone would become a brick after allowing it to drain down to 0%. Many different methods were attempted to revive the smartphone, but there was no bringing it back to the land of the living.

A majority of the cases sees the Galaxy Note 8 not even showing signs of charging when plugged in, indicating that there’s something which is blocking the device from getting the fuel it needs. A couple of Galaxy S8, Galaxy S8+, and Galaxy Tab S3 owners joined the chorus later on as well.

Samsung hasn’t offered up any explanation for the strange phenomenon yet, but its German branch has issued a statement in which it acknowledges the problem. The company says it is taking all reports of this kind seriously and has so far received a very small number of customer inquiries related to charge management.

Samsung then stated that it can only comment on the matter after it gets more detailed information about the affected units. It’s telling that the brand hasn’t officially issued a similar statement in the US even though several people have complained about the issue there.

The closest the US has come to an official take is a Samsung moderator on the US community forums who said that the battery issue was definitely something which needs to get addressed immediately. It’s not a solution, but at least the company is moving towards one.