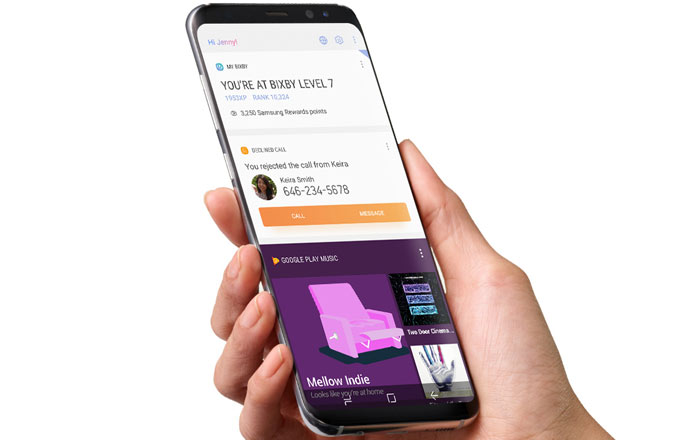 Samsung’s Bixby Voice feature has finally begun making its way to Galaxy S8 and Galaxy Note 8 users located in India. The virtual assistant actually got a delayed release internationally as well, hitting markets like the US and South Korea first, followed by others on a worldwide scale last month.

India can now see what the fuss is about first-hand. Samsung claims it’s been working on perfecting Bixby Voice at its Bengaluru R&D facility to make sure the voice assistant can understand and adapt to a wide variety of dialects and contexts. The company asserts that it’s included support for a number of accents, even accommodating those who have chosen English (US) as their language of choice.

Apple has also recently made strides to improve Siri in India, rolling out Hindi dictation support in iOS 11. Google Assistant is another strong competitor for Bixby, buoyed by the fact that it can be downloaded on most Android devices running Marshmallow and up. Amazon’s Alexa is yet to arrive, but rumors allege that this won’t be the case for much longer.

As for what Bixby can actually do, people will be able to talk to Bixby for answers to queries and hands-free jotting down of notes and reminders. The digital tool is even capable of analyzing photos to supply information about a landmark and suggest restaurants nearby, though it’s not clear how well this will work in India.

Bixby’s currently restricted to the Galaxy S8, Galaxy S8+, and Galaxy Note 8. Its reach will probably be limited as a result, but this could always change in the future.