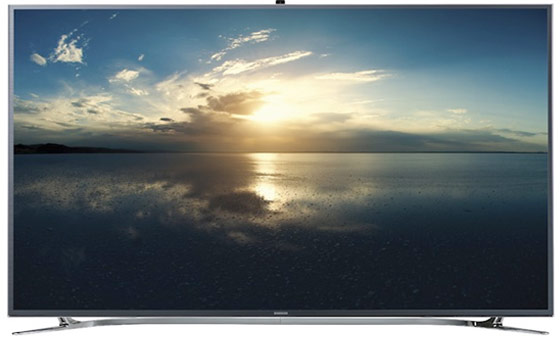 Samsung’s F9000 series UHD TV has been introduced in the US and the South Korean company has announced that it is slated to go up for pre-order on July 21 with a price of $5,499.99 and above. This Samsung television set comes in screen configurations of 55 and 65 inches and is expected to start shipping in the month of August.

While the 55-inch version requires potential buyers to pay up the aforementioned amount, the 65-inch TV carries a price tag of $7,499.99. They are likely to be up for pre-booking through select retail channels across the country. The company claims that the device is capable of rendering any type of video in highest resolution with enhanced picture quality.

As the F9000 series UHD TV has an ultra slim bezel, it offers edgeless pictures and the stylish piece of hardware is also accompanied by an Arc Stand. A successor to the S9 UHD TV, the gadget has been deployed with a number of proprietary features, one of them being Quadmatic Picture Engine. It follows a four-step process to convert SD, HD or full HD content to Ultra HD.

Furthermore, the Samsung F9000 series TV can make use of the Evolution Kit for compatibility with UHD standards that may come out in the future. Apart from 4K resolution for improved visuals, it also works towards delivering a relatively better acoustic experience, thanks to 70-watt 2-way 2.2 channels. Its Smart Hub interface organizes content in various panels like TV, movies and shows, social, apps, and photos videos or music for instant access.

And what’s more, there’s S Recommendation for assisting viewers in discovering new content and Smart Interaction that recognizes gestures and voice commands to carry out various operations. Powered by a quad core processor, the Samsung F9000 series UHD TV boasts of Precision Black Local Dimming technology and Micro Dimming Ultimate for sharp pictures. The 3D-enabled gadget is fitted with a camera and has built-in Wi-Fi as well.

Interested users can pre-order the F9000 series starting from the fourth week of this month for the aforementioned retail values.