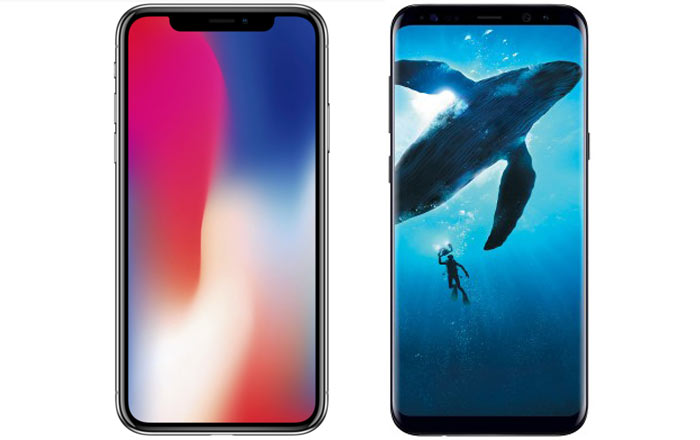 Samsung and Apple may be bitter rivals, but both have been dependent on each other for over 10 years. A new Wall Street Journal report has now shed some light on just how profitable this relationship has been for the South Korean brand.

As per a study conducted by Counterpoint Technology, Apple will vend 130 million iPhone X units in the 20 months after it hits stores on November 3. This in turn translates to Samsung earning $110 on each through the summer of 2019.

In contrast, the agency believes 50 million Galaxy S8 units will sold in its first 20 months. This will earn Samsung $202 each from components such as displays and chips. All-in-all, the firm is set to generate $4 billion more in revenue from the iPhone X than its own flagship.

These high numbers are a direct result of Samsung’s dominance in the OLED field. The company is the only supplier for the iPhone X’s panel this year. It’s also producing large numbers of DRAM and NAND flash memory chips for Apple.

In fact, an earlier report had alleged that the iPhone X’s astronomical $999 price tag was a direct result of Samsung’s OLED dominance. Apple’s currently looking into alternatives like LG Display, Sharp, and Japan Display to end this total dependency.

Apple recently paid $17.7 billion for Toshiba’s chip plant in association with Bain Capital and others in an attempt to acquire a new source of NAND flash. Till it succeeds in breaking away from Samsung, the pair will just have to continue this uneasy partnership.