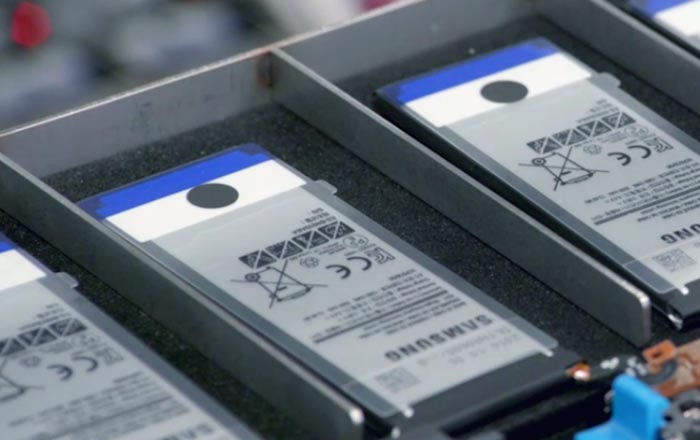 Samsung’s finally come out with the reasons behind the Galaxy Note 7’s tendency to explode at any given moment. The brand announced the results of its months-long investigation at a press conference in South Korea accompanied by a team of executives from its own company and third-party firms.

As expected, Samsung blames the Galaxy Note 7’s battery unit for the fiery outbursts. Units from the first and second recall dubbed Battery A and Battery B, respectively, had different issues that contributed to the flare-ups. The problems damaged the separator, a layer which allows the positive and negative electrodes to safely meet, resulting in a short circuit.

The first Galaxy Note 7’s Battery A had a deflected negative electrode which curled in the upper-right corner of the powerhouse, when it should have been completely straight. Moreover, the tip of the component was supposed to be located in the planar area and not the curve.

Samsung went on to outline the measures it has undertaken to make sure such a disaster never occurs again. First up on the agenda is an 8-Point Battery Safety Check process. The company claims the protocol involves putting its units through enhanced testing such as nail puncture, extreme temperature stress evaluations, and X-ray inspections.

Finally, Samsung asserts that it’s implemented multi-layer safety measures like a Battery Safety Design Standard for the materials used, Hardware Design to add new brackets around the battery, and Software Algorithm to come up with better formulas for handling charging temperature, current, and duration.