Samsung announced the Cloud Print app that has especially been designed for SMBs looking for applications featuring security features at the CeBIT 2014 in Germany yesterday. It will be available for download from June onwards for Android as well as iOS mobile devices.

The South Korean company’s mobile security system called Knox is compatible with the application, thus ensuring complete protection. And data on gadgets which do not have this solution will be secured using encryption methods. It has been revealed by the conglomerate that the utility can be paired up with printers using NFC and it supports as many as 20 peripherals at a time, allowing you to choose which one you wish to use at what time. 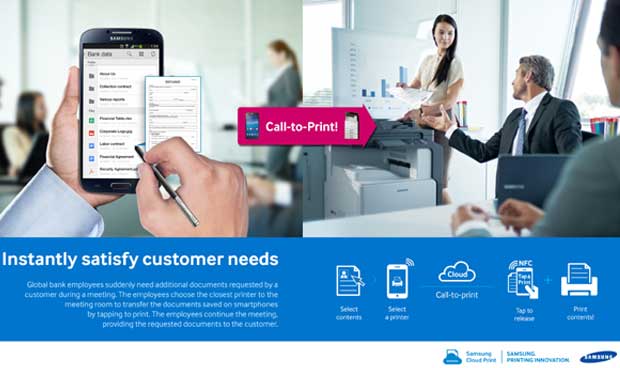 However, only NFC-enabled Samsung Xpress C1860 range and Xpress M2885 series of color and mono laser printers or MFPs will be compatible with the application. These will reportedly be released in April this year. Users will even get an option of sharing documents to print with others. Registering them for the same is extremely simple as you can do it using their phone numbers saved in your contact list. 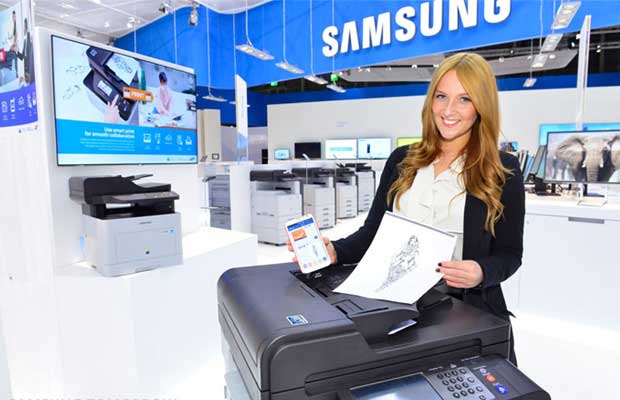 The Samsung Cloud Print application will be made available for all Android-based devices in June 2014. It will be up for download through Google Play as well as the Samsung App store. Its iOS version can be expected in the second half of this year. Initially it will be rolled out in Korea, the US and Europe and the rest of the world is only likely to get it in 2015.