The Samsung Chromebook has made its debut in India and the device has already been listed on the official website for Rs 26,990. It is basically meant for users on the lookout for an ‘ultraportable’ and sleek laptop that doesn’t make a dent in the wallet.

The device weighs in at 1.1 kilogram and measures 17.5 millimeters in thickness. It is devoid of a fan as the notebook is said to have been built to stay cool. Google products like Search, Hangouts, Gmail, YouTube and more have been pre-loaded on the Samsung laptop in addition to an antivirus for protecting it from malicious software. Another advantage is that users are not required to update the software manually, the machine automatically takes care of that. 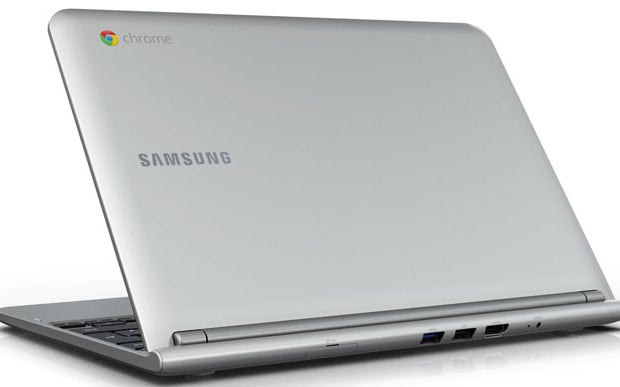 It boasts of dual band Wi-Fi as well as an optional 3G modem and even has offline Gmail and Google Docs apps so you can continue working even when you do not have an internet connection. The notebook sports a keyboard as well as a display measuring 11.6 inches diagonally. It can render visuals in 1366 x 768p resolution.

And what’s more, a VGA webcam has been thrown into the mix for video conferencing and its built-in battery is capable of coughing up the juice for usage time of around 6.5 hours. It gains steam from a Samsung Exynos 5 Dual processor and employs a 16GB SSD as well. Google also offers 100GB of Google Drive storage for a period of two years along with the laptop.

The Samsung Chromebook can now be purchased online for a price of just under Rs 27,000.