Samsung’s canceled foldable phone gets snapped in the wild

Samsung’s foldable smartphone is finally set to make its debut next year, as per a host of recent leaks. As anyone who’s been watching the brand’s progress would know, the company has been working on the handset for several years, creating different prototypes in the process.

One of those prototypes has now made its way to the internet. Tipster MMDDJ leaked 4 photos of the device, claiming it was part of Samsung’s Project V AKA Project Valley. It bears the model number SM-G929F. It seems the phone got canceled. It’s not hard to see why since it doesn’t look all that impressive. 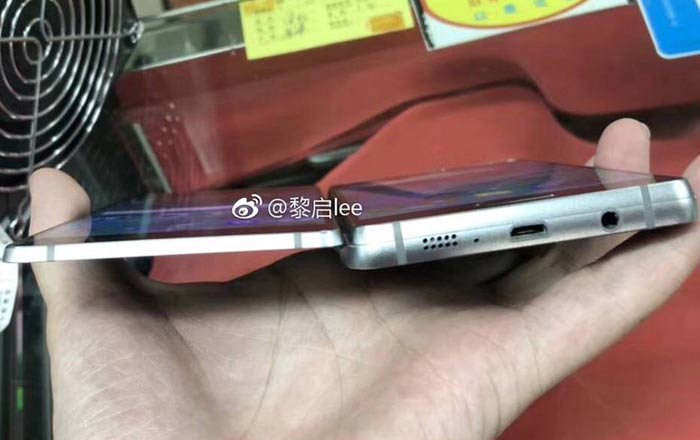 ZTE actually released a phone called the Axon M last year which bore a very similar design. The hinge allows the device to be called a foldable one, but it’s basically two smartphones held together by a frame. One is noticeably thinner than the other, making for a very clunky look overall.

The device is clearly from before Samsung’s Infinity Display era, as evidenced by the thick bezels and home button. Even the software appears to be Android 6.0 Marshmallow which means it was around in roughly 2015/2016. Plus, the model number SM-G929F suggests that it fell somewhere between the Galaxy S6 and Galaxy S7.

There were rumors of a big shake-up at Samsung headquarters a few years ago, changing the direction the project was in. Its current foldable phone is said to measure 7.3-inch when folded and 4.5-inch when unfolded. The device supposedly bends and moves its internal parts with it.

The so-called Galaxy X is apparently made out of 3 panels, 2 internal and 1 external. Samsung is reportedly planning to charge about 2 million South Korean won (roughly $1847 or Rs 124981) for it. We’ll have to wait and see whether it’ll be worth the price.