Samsung Canada has confirmed that it will soon roll out the much-awaited Android 4.3 update for its most recent high-end devices such as the Note 2, Galaxy S4 and Galaxy S3. Upgrading the software of these devices is also likely to make them compatible with the latest wearable gadget from the South Korean company, the Galaxy Gear which currently works in tandem only with the Note 3.

According to MobileSyrup, Samsung is working with Google and the Canadian carriers to make sure the update is ready to be beamed out in the fourth quarter of this year. It will most probably be available in November to all of the aforementioned carrier-locked smartphones in the country and will bring them on the same software level as the Note 3. 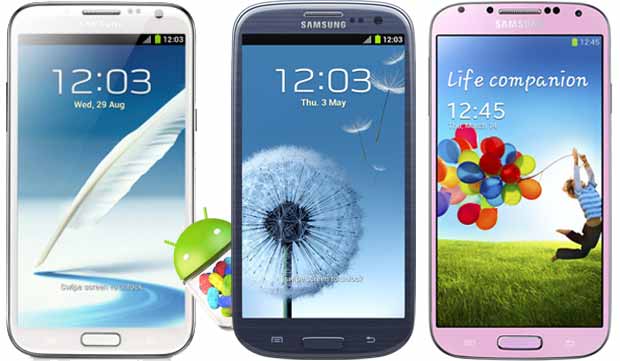 Moreover, the guys over at smartphones.sfr.fr have even managed to lay their hands on a table that features the month in which these gadgets will get the FOTA update. If it is to be believed, the S4 will receive Android 4.3 in October itself, whereas the other two smartphones should get it sometime in November or December. The HTC One as well as the Nokia Lumia 520 will receive Android 4.3 and GDR2 updates, respectively, sometime in October.

Internationally, the update will be made available much before the Canadians get it and the aforementioned website says that could be anytime in the second half of October. More information regarding the availability of Android Jelly Bean 4.3 for the Samsung Galaxy Note 2, Galaxy S4 and Galaxy S3 should be revealed by the OEM as soon as the upgrade is ready to be rolled out.

Facebook
Twitter
Pinterest
Linkedin
ReddIt
Tumblr
Flip
Previous article
LG’s G2 is cheaper than the Note 3, Xperia Z1, iPhone 5S in India
Next article
You can now grab the Z10 and Q10 from BlackBerry’s online store in the US