A new leak has given away the existence of a rugged feature phone which Samsung will be launching soon, in the form of the B550 Xcover 3. This handset is yet to be officially unveiled, but we have been given a clear idea of what to expect from it beforehand.

A few days back, we were greeted by the Samsung Galaxy Xcover 3 smartphone which has been positioned as a rugged mid-range device. It seems the company now wants to extend that range further, which is why it has come up with the B550 feature phone. 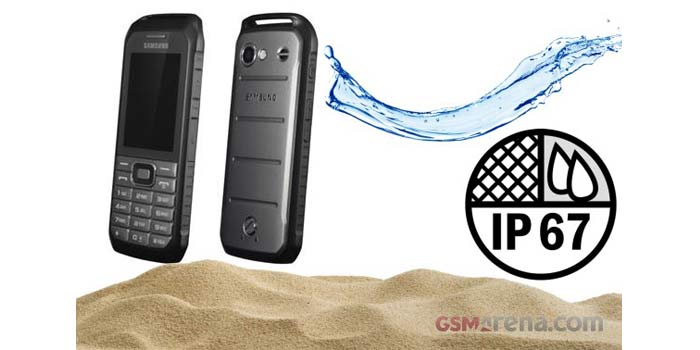 According to an anonymous source of GSM Arena’s, it has been blessed with IP67 certification for dust and water resistance, making it an extremely durable offering. Considering it’s a feature phone, the other specs of this Samsung gadget don’t quite matter much, but here they are for those interested.

A 2.4-inch QVGA panel can be found resting on the B550 Xcover 3’s front face, displaying its visuals in a resolution of 240 x 320 pixels. It is powered by a SC7703A processor that’s provided assistance in its operations by 128MB worth of RAM. Furthermore, there’s 128MB of storage present on it as well, which is most probably expandable.

Also Read: Samsung SM-T561 is an entry-level Android tablet which got benchmarked

This fresh new Samsung device houses inside it a 1300mAh battery which is more than enough considering that it’s a feature phone with such a small display. A 3MP camera and FM radio support are some of its other goodies.

It is being said that the Samsung B550 Xcover 3 smartphone will be arriving in markets in Q2 with its price tagged at €99. Let us now wait and watch when the company decides to go official with it.