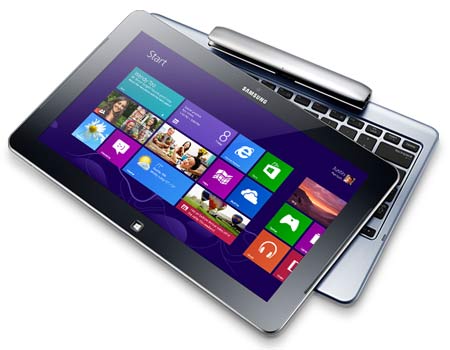 Similar to various tablets, notebook convertibles and hybrid laptops, the Samsung Ativ Smart PC and Smart PC Pro release date has been pinned down for October 26. For refresher’s sake, the mentioned launch details coincide with Microsoft’s plans to commercially unleash its Windows 8 platform.

The Ativ Smart PC dubbed 500T, appears to be an entry-level device that’s powered by the next generation Atom processor based on the Clover Trail architecture. Employed here is a 1366 x 768p HD display that emits a brightness of 400 nits and spans 11.6 inches diagonally. For graphics rendering and crisp visuals, the CPU is coupled with the Intel SGX545 GPU. 2GB of LPDDR2 RAM takes its place for smooth functioning and multitasking. The device measures 304mm x 189.4mm x 19.9mm in dimensions which includes the keyboard extension and weighs not more than 1.48kg on a whole. The tablet alone is 9.9mm thick. Users can expect 8 hours of battery life or 9.4 hours of video playback on a single charge. 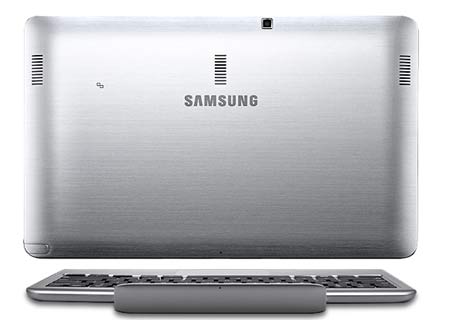 Moving on to the Smart PC Pro 700T, Samsung has dressed this piece of hardware in a similar form factor as the 500T. Here, a Core i5 or i3 processor from the Ivy Bridge lineup takes care of the heavy lifting along with 4GB of DDR3 RAM and HD graphics 4000. The display also measures the same size, although its resolution is bumped up to 1920 x 1080p. The battery life here is slated as 8 hours or 5 hours on video playback.

Both aforementioned devices are the global versions of the Series 5 and Series 7 slates. They boast of a convertible form factor that allows users to conveniently go from a traditional clamshell notebook to a tablet PC for enhanced portability. For connectivity, they pack in support for 4G LTE, 3G, Wi-Fi and Bluetooth 4.0 LE. 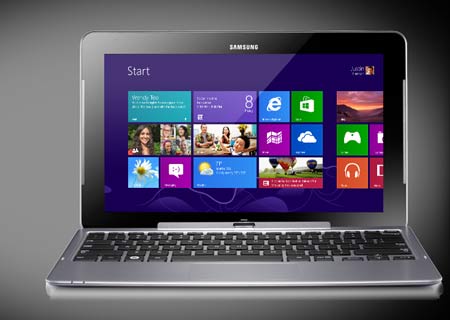 The Samsung Ativ Smart PC 500T and Smart PC Pro 700T will be available for purchase later this month at prices of $749.99 and $1,199.99, respectively. They can be pre-ordered now through the company’s website.