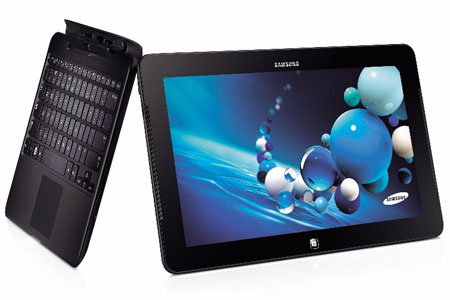 Samsung has launched the Ativ Smart PC Pro 700T and the Series 9 Premium Ultrabook in the US, priced at $1,600 and $1,900 respectively. And while the former is compatible with AT&T’s 4G LTE network offering users a Windows 8 experience, the latter tags along a 13.3-inch full HD display.

The 700T with AT&T 4G LTE is a sort of convertible device which is targeted at professionals who need to be connected even when traveling. As many others in the category, it provides the portability and ease of use of a tablet, along with the functionality and power of a clamshell PC. It comes with 64-bit Windows 8 Pro and S Pen functionality for handwritten notes, making use of both through a 10-point multi-touch, 11.6-inch LED full HD display. A 5MP camera on the rear and a 2MP front-facing webcam both capture in HD. 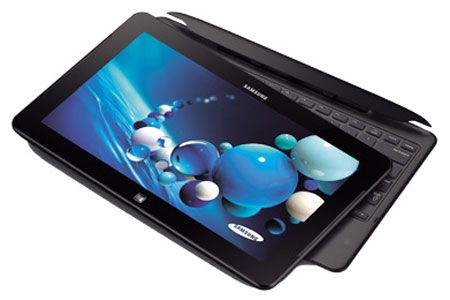 The slate draws on a 1.7GHz Intel Core i5-3317U CPU and the accompanying Intel HD Graphics 4000 solution when needed. It has 4GB of DDR3 RAM and a 128GB SSD for quick operation, both very impressive features to have. Furthermore, it weighs just under 2 pounds and has a micro HDMI port as well as one USB 3.0 slot for fast interface speeds and a microSD card slot. Lastly, the company claims it can deliver up to 8 hours of battery life on a single charge.

On the other hand, the 13.3-inch Series 9 Premium Ultrabook has been given the power of an Intel Core i7-3517U processor clocked at 1.9GHz. Its screen will be LED-backlit throwing out visuals at a 1920 x 1080 pixel resolution. It features an Intel HD Graphics 4000 chip and 4GB of DDR3 RAM, but SSD storage is double that of the tablet at 256GB. In terms of hooking up the Ultrabook, users are provided with a micro HDMI port, one USB 3.0 and one USB 2.0 port, as well as a 3-in-1 card reader. 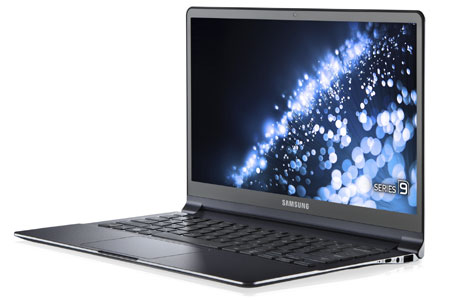 Just like the slab, it too has Wi-Fi and Bluetooth connectivity, although, since photography needs are less important, there’s just a 1.3MP webcam fitted onto the device. As might be expected, it is heavier than the slate and has two stereo speakers with SoundAlive HD audio technology for a more immersive multimedia experience. Again, battery life is capped at 8 hours at a stretch.

The Samsung Ativ Smart PC Pro 700T and the Series 9 Premium Ultrabook are now available to purchase from retailers across the country.