If the new rumors surrounding the Samsung Ativ SE smartphone doing the rounds on the web are to be believed, then the device will arrive with Windows Phone 8 version in tow, instead of the latest 8.1 OS. We already know that the phone will be arriving in the US via Verizon Wireless sometime this month for sure, but its exact release date remains to be unknown.

The picture of the Samsung Ativ SE was leaked a couple of weeks ago by @evleaks, and now unknown sources familiar with Verizon have notified the guys over at The Verge about some of the details regarding the device. According to this website, the handset will not make the most of the Windows Phone 8.1 OS even though the version’s release is looming over us. 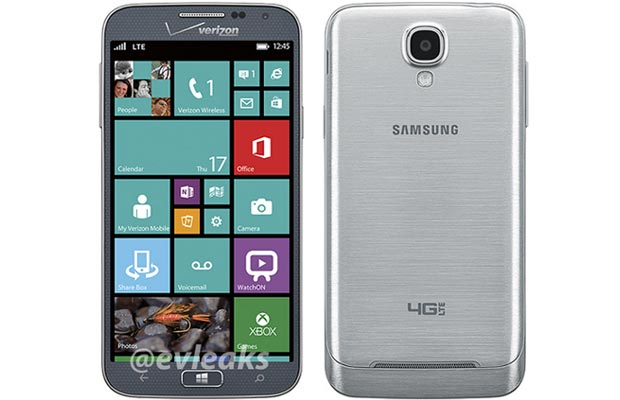 However, the South Korean company is very much likely to release an update for the new platform in the future. The gadget is very much like the Galaxy S4 and is likely to bring a 5-inch full HD touchscreen to the table. A 13MP camera, a quad core Qualcomm Snapdragon 800 processor and 2GB of RAM could also be tossed into the mix. Moreover, The Verge says that its 16GB onboard memory is expandable using a microSD card.

Apparently, the Samsung Ativ SE will release in the US via Verizon Wireless sometime this month itself.

Purported specs of the phone: