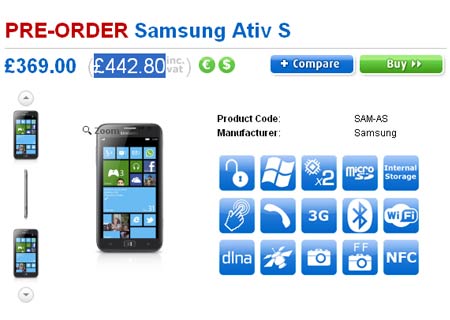 It’s high time the price and release date details for the Samsung Ativ S surfaced and based on the information disclosed, the handset will be available in the UK carrier free and on contract-basis next month. The device is the South Korean conglomerate’s first phone to run on the Windows Phone 8 platform and it was unveiled back in August.

Here’s a quick refresher on the hardware components employed within the Ativ S. The phone is powered by a dual core processor clocked at 1.5GHz. It houses a 4.8-inch Super AMOLED HD display which features a protective coating of Corning Gorilla Glass 2 and 1GB of RAM. Measuring 8.7mm thick, the company has managed to fit an 8MP AF camera on the rear, a 1.9MP snapper on the front and options of 16GB or 32GB of storage. There’s also a microSD card slot for extended hoarding needs. 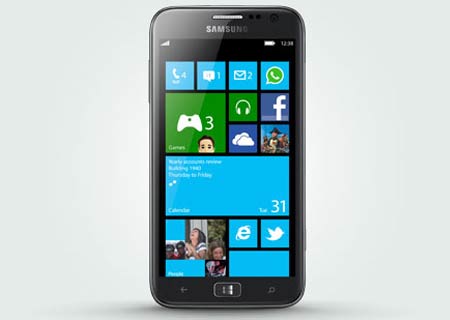 The Ativ moniker isn’t limited to this phone only. Samsung has even introduced a couple of tablets under this brand, namely the Smart PC and the Smart PC Pro. For now, the handset in question is only headed to the UK, while the US is soon to be presented with the Ativ Odyssey through Verizon. The latter smartphone appears to be the same device which showed up in a official document with the dual core Marco towards the end of July. However, no specifications have been made official as yet. 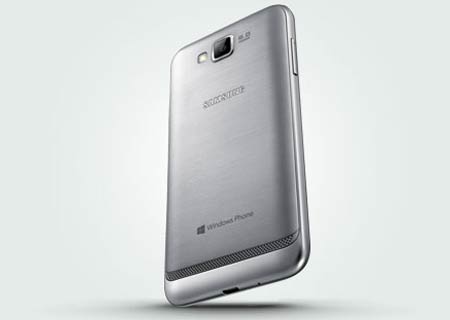 TechnoBuffalo reports via The Inquirer that interested buyers in the UK can head over to Phones4u or Clove to pre-order the Samsung Ativ S. The device is available with a 2-year subscription through Vodafone in 2 options. The first one tags the phone as free with a £33 per month charge on the Your Plan 33 which provides 600 minutes of talktime, unlimited texts and 500MB of data as well as 2GB of Wi-Fi usage. 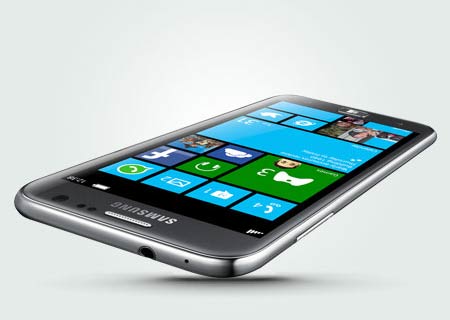 With the Your Plan 34 subscription, users can expect limitless minutes and messages plus 2GB of cellular web browsing with 500MB of free Wi-Fi for a monthly charge of £34. The handset comes for £29.99 with the latter tariff. Orders placed today will be delivered by the 21th of next month. The unlocked variant from Clove carries a £442.80 retail tag and it is expected to ship by December 10, 2012.