The Samsung Ativ S Neo which was only available from Sprint since its launch is now headed to AT&T in the US. The carrier already has quite an offering of Windows Phones and the newest addition is said to be its first from the South Korean conglomerate which also supports 4G LTE.

The Ativ S Neo is essentially a variant of the original which has gone on sale in the UK, Canada and various other locations. The smartphone in question is highly similar to the Galaxy S3 LTE in hardware and appearance. The front has the same component layout as well as a physical home button below the display which is quite unusual for WP8 devices. And the placement of the camera, the LED flash and loudspeaker on the rear resemble that of the S3 as well. 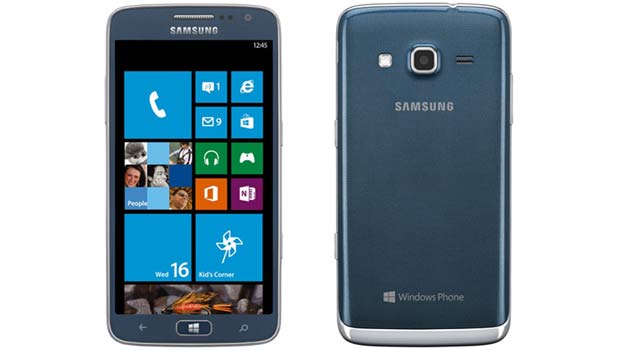 The device runs Windows Phone 8, but there’s no mention if it will receive the recently announced GDR3 update. The front features a 4.77-inch TFT 720p HD touchscreen and a 1.2MP camera, while there’s an 8MP camera on the rear. A dual core 1.4GHz Snapdragon S4 processor delivers the steam on the inside backed by 1GB of RAM. You’ll get 16GB of internal storage and a microSD card slot that supports up to 64GB.

Additionally, the carrier is offering 5GB of free cloud storage through its Locker service. For connectivity, the company has fitted the Ativ S Neo with GPS, NFC, Bluetooth and Wi-Fi modules as well as its Beam application for file transfer with compatible devices. Lastly, the included 2000mAh battery can deliver 260 hours of standby or 15 hours of talktime.

The Samsung Ativ S Neo will be available for purchase on AT&T starting November 8. The device is priced at $99.99 with a two-year contract or $21.00 per month with the Next program.