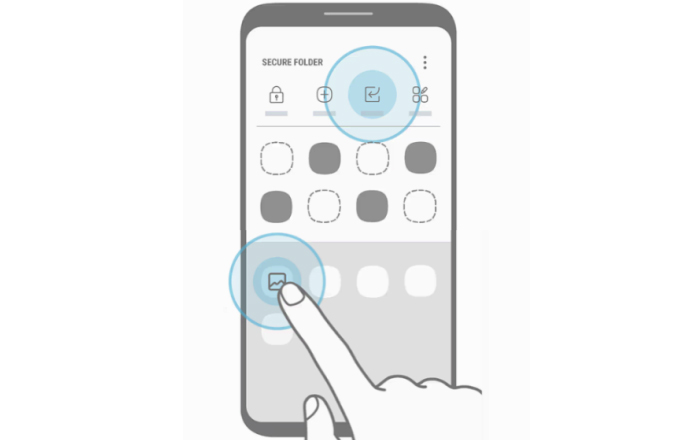 The Samsung Galaxy S8 has become the subject of two separate leaks that confirm previous reports about the phone’s look and price. The device is broadly predicted to feature a nearly bezel-less design and dual curved edges.

This theory has now been backed up courtesy Samsung’s own Secure Folder app. The tool can be downloaded by owners of the Galaxy S7 and Galaxy S7 Edge after they’ve updated to Android 7.0 Nougat. While it hasn’t been officially released by the company yet, the firm did say that the application would be available after it rolled out Nougat.

Secure Folder has now become a point of interest because the app appears to be teasing the Galaxy S8. Opening the tool for the first time prompts a render to show up demonstrating the application’s abilities. The outline is very similar to images of the Galaxy S8 which have been leaked so far, right down to the narrow bezels and curved display corners.

The drawing notably doesn’t have Samsung’s usual physical home button either, with its screen taking up most of the panel’s real estate. To recall, Secure Folder made its debut on the dearly departed Galaxy Note 7 and allowed people to stash stuff like documents, contacts, and media far away from prying eyes.