After leaking out info on the Galaxy A7 yesterday, Samsung has now disclosed the existence of the Galaxy Note 10.1 2015 edition tablet on its website. The latest goof-up doesn’t give us any concrete details about the upcoming device, but at least we know it’s in the works.

Companies do make mistakes and while you’d expect them to learn from past experience, they apparently don’t. The Korean giant normally updates its apps and their description on its websites and in the process it accidentally reveals something it shouldn’t have. And that’s basically how we’ve got confirmation on the Samsung Galaxy Note 10.1 2015. 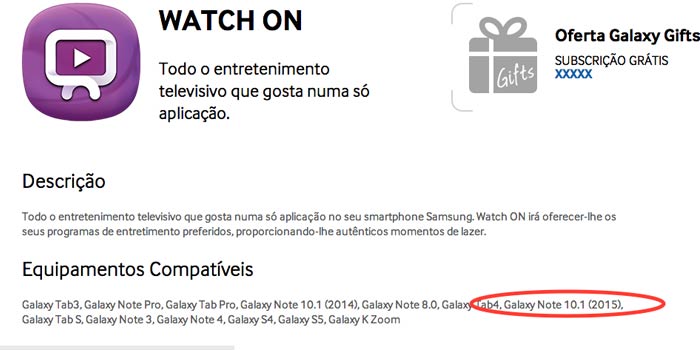 TechTastic has managed to spot the device mentioned in the compatibility list of the company’s WatchOn service. And as you can see in the image above, both 2014 and 2015 models have been shown, so clearly there is no mistake, if that’s what you’re thinking.

Also read: Sony rumored to be working on a high-end 12-inch tablet for Q1 2015 launch

While there’s no information on the device’s features or specs, we can certainly expect it to be a decent upgrade over the 2014 Edition model. The current one went official in September of 2013, so clearly its successor is late. And seeing as the slate is already a pretty high-end release, we can expect the upcoming one to be even beefier. 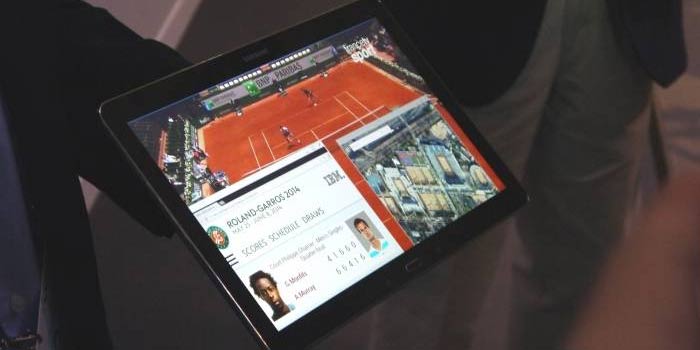 It’ll probably have specs similar to what the Galaxy Note 4 is currently rocking like a Snapdragon 805 SOC or even one of the latest 64-bit Exynos 7 chips. There’s also a good chance that the device might pack a 4K display simply because we’ve already seen Samsung and Qualcomm showcase a tablet prototype with an Ultra HD screen (see image above).

We’ll leave the speculation to you and be sure to check back for an update on the Samsung Galaxy Tab 10.1 2015 in the coming days.