So what do you do when all the iPhone keyboard cases in the market are not good enough for you? Invest $1 million in a keypad with the best design you can think of if you’re Ryan Seacrest. The producer and entertainer has collaborated with three others over the Typo keyboard for Apple smartphones.

In terms of appearance, the case looks like the sawed off lower half of a BlackBerry phone. If you check out the About Us section on the official website, it says that the whole thing came about when Seacrest and a pal suddenly realized how stupid it was to have two handsets – one for correspondence and one for showing off, because well, it’s an iPhone. Or something along those lines.

After trying out every available keyboard case and finding each inefficient, Seacrest and company started working on the Typo, the moniker being the short form of ‘a typographical error.’ It apparently took two years to perfect the design, though why it was given the aforesaid name remains a mystery. We’d call it the No-Typo.

The device connects to the iPhone via Bluetooth. It has a QWERTY-style layout, of course. The add-on is priced at $99 and you can book one right away by following this link. It will ship out starting from next month. Orders are limited to one unit per customer. 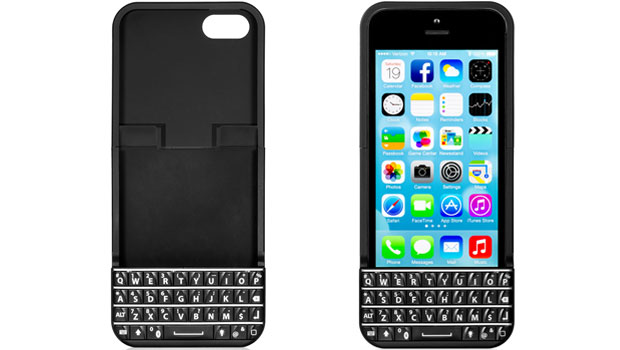 It was AllThingsD who offered the tidbit about Seacrest’s $1 million investment in Typo. The case is all set to be unveiled at the CES 2014 which will be held in early January in Las Vegas.