Equipped with an extending 24-600mm lens, a new RX10 III superzoom camera has just been launched by Sony. Scheduled to arrive this May in the US and Canada, and this April in the UK, this shooter is capable of capturing 4K videos and features a number of other advanced abilities.

The new Sony RX10 III has been fitted with a Zeiss Vario-Sonnar T* 24-600mm (f/2.4-4) fixed lens. This high-zoom lens kicks in built-in optical image stabilization and an aperture system which the company claims is able to push out ‘a near perfect circle’ in the f/2.4 – f/11 range.

This lens system on the RX10 III is accompanied by a 20.1MP 1-inch type stacked sensor and a Bionz X processor. It is to be noted that the latter is the same chip that can be found on the company’s mirrorless models, like the A6300 for instance.

One of the best aspects about this Sony camera is its ability to shoot 4K videos. And moreover, it is even capable of shooting slow-motion videos at a whopping 960fps, aside from 480 and 240fps speeds. As for burst speeds, it is known to capture 14 shots in a second.

There’s an XGA OLED Tru-Finder LCD present on the RX10 III, offering visuals with approximately 2.35 million dots of resolution. And it’s no surprise that this camera supports both Wi-Fi and NFC standards for providing a great connectivity experience. 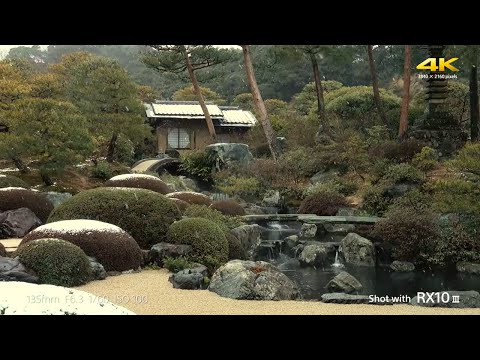 The new Sony RX10 III superzoom camera is slated to be made be made available in the US and Canada this May in exchange of $1500 and $2000, respectively. In the UK, it will arrive in April at a price of £1250.