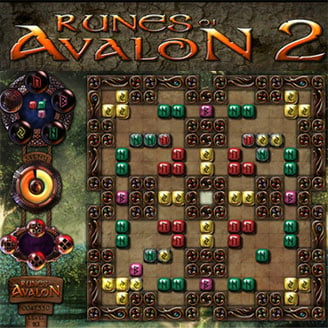 Anawiki Games has announced that the puzzle-driven Runes of Avalon 2 game is now available for Mac OS X. This game happens to be the sequel to the bestselling game and now features a far more polished gameplay with the addition of a host of new features.

According to Roman Budzowski, CEO of Anawiki Games, “We’re always looking to build better games that challenge and provide fun for players. After receiving tremendous feedback from players around the world, we found the perfect combination of original game-play, yet retained the familiar puzzle mechanics Runes of Avalon is known for.
It’s sure to immerse players in beautiful art, and vivid effects.”

About Runes of Avalon 2:
Welcome to the once glorious empire of Avalon, now clouded by the darkness of the evil Morganna’s spells. After defeating Morganna in an intense magical battle, Evelyne, the protector of Avalon, must now cleanse Avalon from the dark curse with her Rune Magic.

Help Evelyne to complete her mission and find her way home by matching the runes, encountering new locations, new spells and new challenges along the way. With three game modes and some unexpected twists, Runes of Avalon 2 takes you to an enchanting world of magic and mystery you won’t want to leave.

Listed below are the features of Runes of Avalon 2:

Runes of Avalon 2 can be purchased from the Anawiki Web sites itself for a price of $19.99. But, you could try out the free 1 hour demo for Windows, Mac and Linux as well.