We’ve heard too much in the past to be excited about it, but for those oblivious, Google Now can now be accessed from your desktops. That’s right; a new version of the company’s experiential Chrome Canary browser sports support for the kind of context-aware notifications that were first introduced on phones running the Android 4.1 Jelly Bean OS.

While it marks a big step forward for Google’s Chrome experience, the fact that it’s still available in experimental form acts as a bit of a damper to the excitement. It also signifies, that there’s still quite some time left for Google Now to make a proper entry into the main Chrome browser. Chrome Canary is a browser meant only for developers and early adopters, and is at times, very unstable. 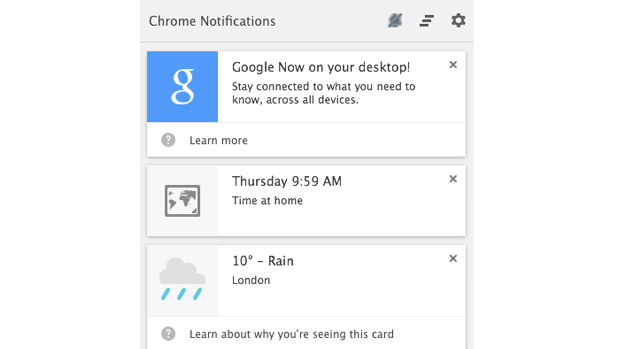 Its latest builds for both Windows and Mac support Google Now cards which can be activated by just toggling a flag, as reported by the Google Operating System blog. Once that’s done, alerts will be shown on the menu bar for Mac systems and on the taskbar for Windows machines. You’ll however need to first set important information such as your location using your Android or iOS devices. 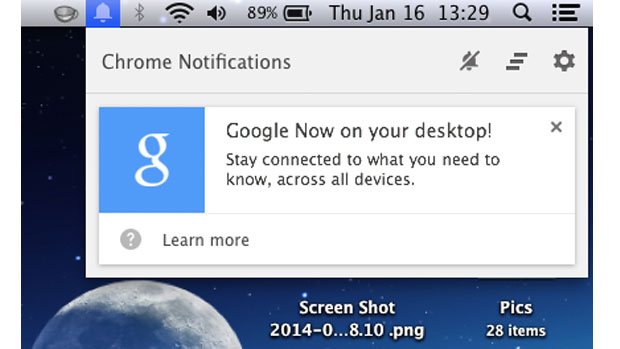 The well received Google Now feature from the Android Jelly Bean OS acts as an intelligent personal assistant which makes use of a natural language user interface so as to answer questions, make recommendations and perform actions, which are more often than not, done automatically. While it provides a heap of information on the mobile front, the just-released desktop edition only proffers results regarding weather, sport scores, traffic and event reminders.