Rumored 12.9-inch iPad could bear 2K and 4K displays, prototypes said to be in testing

As if the possibility of a 12.9-inch iPad wasn’t startling enough, now there’s a report that Cupertino is busy testing 2K and 4K resolutions on this large tablet. Apple is apparently planning to introduce this new segment in April next year with the launch of the 2K screen-bearing 12.9-inch iPad, with an upgraded 4K version having been slated for an October launch.

Chinese site Pad News is the source of this information, and while there’s no reason to believe why Apple wouldn’t be open to such an innovation, we’d advise you to take this rumor with a grain of salt, since there’s no validation on it from anywhere else. 2K resolutions have different definitions depending on a number of factors. 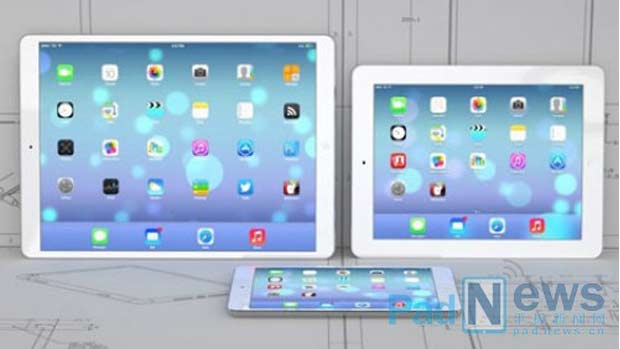 And as a matter of fact, the current iPads themselves feature 2K panels if the most basic definition of the term is to be taken under consideration. Their new Retina panels offer a resolution of 2048 × 1536 pixels, and since Apple has never changed the aspect ratio of its tablets from the start, we can assume that a 4:3 proportioned 12.9-inch iPad too will feature the same 2048 × 1536 pixel resolution.

As for the 4K version of the device, if the same 4:3 aspect ratio is maintained by it, the nearest value to the possible resolution it’ll bear comes up to 4096 × 3072 pixels. This will indeed be a major innovation on the part of Apple, and since ultra HD still falls in the expensive category of technologies, it’ll be interesting to see how such a high-cost iPad will be marketed by the company.