Rugged Sonim XP1, the Invincible Handset to be showcased at Mobile World Congress 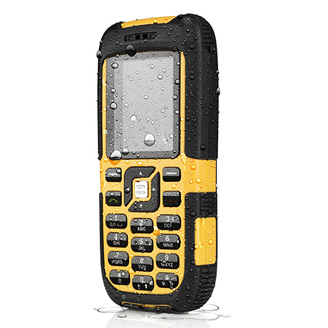 US-based mobile telecom Sonim Technologies has announced that its indestructible and totally rugged mobile phone, Sonim XP1 will be announced at the Mobile World Congress in Barcelona.

SonimTech claims that the Sonim Xp1 phone is the only one which does not compromise on capability, durability and style.

The Sonim XP1 works perfectly in harsh environments, and will thus be perfect for people who work on the field as well as for outdoor enthusieats. IT is able to withstand shock, water, wind, dust, dirt and extreme temperatures, making it the only handset to be designed specifically for people whose lives are made up of demanding conditions. Other than this, the Sonim XP1 is also shock water-resistant.

“If you’ve been watching the videos on YouTube, you’ll have seen the Sonim shot with a Glock 9mm by Mobil magazine and a Remington rifle by Metro, the largest paper in Sweden. You’ll have seen the Sonim kicked around, pushed around, put in the oven, put in the freezer and still surviving. I’d like to invite you all to have a go and see if you can finally break it,” said Bob Plaschke, CEO of Sonim.

In fact, so confident are SonimTech over the durability and strength of the XP1 phone that they are inviting bloggers and journalists from Europe to “torture test” the phone.

Besides being an indestructible phone, the Sonim XP1 is an IP-54 certified device which offers Bluetooth and Push-to-Talk GSP functionalities.

Backing the invincibility of the Sonim XP1 even further is an Unconditional 3 year warranty as well as lifetime warranty for the phone casing with immediate in-store replacement if needed.

Check out this video that shows a car going over the Sonim XP1 phone!

As of now, further details and pricing of the Sonim XP1 handset are not available, but you can expect them real soon.