The Samsung Galaxy S7 Active has built its reputation on being a truly rugged phone which can survive all sorts of extreme environments. However, a new test by Consumer Reports may permanently change that image by demonstrating how the phone can’t even endure a straightforward underwater dunk test.

Samsung claims that the Galaxy S7 Active can survive being pushed under 5 feet of water for a maximum of 30 minutes thanks to its IP68 certification. Consumer Reports decided to test the handset’s water resistance claims by evaluating it under the conditions specified by the brand.

As can be seen in the video below, Consumer Reports set up a water tank that was pressurized to 2.12 pounds-per-square-inch which is the equivalent of just under 5 feet of water and set a timer to 30 minutes. The Galaxy S7 Active was completely destroyed by the test, with its unresponsive screen overrun by green lines and tiny bubbles laying claim to the phone’s front and rear camera.

The publication didn’t stop there though, conducting a second dunk test under the same conditions. The Samsung device failed this evaluation as well. The smartphone’s screen started flickering on and off every few seconds and the SIM card slot was filled with water.

In the days following the procedure, the displays of both the Galaxy S7 Actives lit up when they were plugged in but were not readable. Neither managed to recover from the trauma it was put through. Since the two failed to operate as claimed, Consumer Reports hasn’t added the handset to its list of recommended models.

Samsung later sent out a written statement regarding the test, stating that it had received very few complaints about this issue and all the phones affected were covered under warranty. Furthermore, the brand conceded that there may be an off-chance that a defective device was not as watertight as it should have been. The company is now looking into the matter.

It should be noted that the Samsung Galaxy S7 Active is the only one in the series to have failed Consumer Reports’ water immersion test. The normal Galaxy S7 and S7 Edge also feature IP68 levels of ruggedness and have managed to pass the publication’s evaluation. 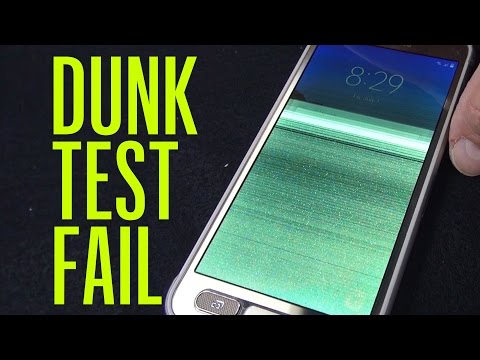