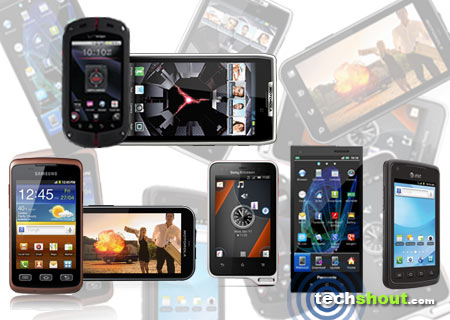 7 rugged Android phones are here to accompany you in journeys near and far, in conditions where your everyday normal handset wouldn’t last long. Each device brings in a little extra, allowing you to push yourself to the limits in various activities, without the risk of damage or technical failure. From Kevlar fabric and durable exteriors to water-resistant and dust-proof coatings, these are some of the smartphones that you can count on in harsh conditions. 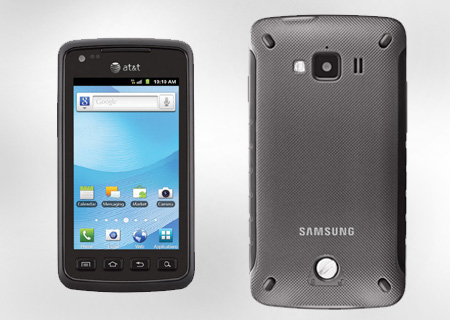 Ever lost a handset due to liquid damage? Well, then the Samsung Rugby Smart should place itself as an ideal pick. Besides offering you all features the Android Gingerbread OS has in store, the AT&T-bound device flaunts a rugged design that’s apparently waterproof and dust resistant. Built to meet the military-standard specifications, you can easily take this piece of hardware for a dip at a maximum of 1 meter for up to 30 minutes. Designed specifically for active users, it flaunts a 3.7-inch WVGA Super AMOLED display and encompasses various other features such as 4G connectivity, around 8 hours of battery life, 720p video capture via the 5MP primary camera, 4GB internal storage and 32GB microSD card support. 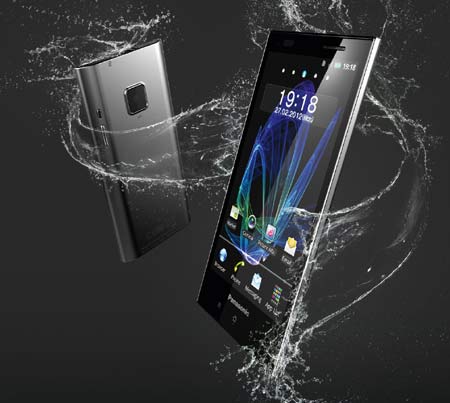 A smartphone is of no use when the internal components don’t function properly. And no matter how cautious we may be, mishaps tend to happen. Similar to the Rugby Smart handset, Pansonic Eluga comes with waterproof and dust resistant properties, which earn it a spot as the next addition to the Android phones roster. Dressed around dimensions of 62mm x 7.8mm x 123mm, this rugged slab of Android comes running the Gingerbread platform. However, the company plans on rolling out the Ice Cream Sandwich update soon. The handset is fitted with 1GHz dual core processor from Texas Instruments, 1GB of RAM, 8GB of integrated memory, an 8MP snapper and a 4.3-inch capacitive qHD touchscreen. The Pansonic Eluga smartphone is expected to launch in Europe starting April 2012. 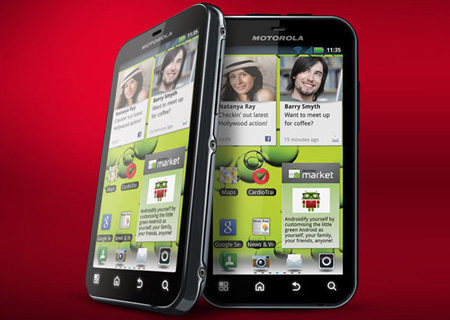 Being an active user doesn’t mean you need the latest technology to accompany you. In terms of specifications, the Motorola Defy+ may be no match against the other smartphones we’ve listed out. But, its water and scratch resistance along with its dust-proof attributes make it an ideal pick. Taking over from its durable predecessor, this device employs a computing power of 1GHz along with the Android 2.3 OS, 512MB of RAM, 1GB hoarding capacity which flexes out to a maximum of 32GB, and a 5MP AF camera. Fitted onto its 107mm x 59mm x 13.4mm build is a 480 x 854 WVGA touchscreen that stretches up to 3.7 inches diagonally and around 6.8 hours of activity time through the 1,700mAh battery. 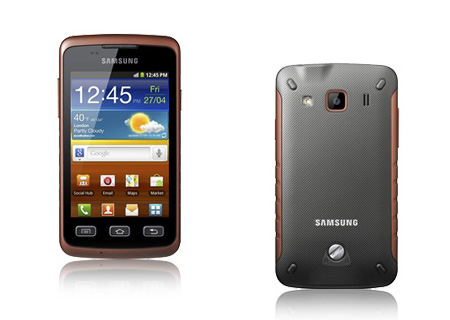 Next up on our Android phones roundup is the Samsung Galaxy xCover. If you’re a causal user without the demand for high performance, this handset could just place itself as a viable pick amongst others. Certified with an IP67 rating, it comes bundled with dust- and water-resistant attributes. So that means you smartphone isn’t likely to malfunction even if it’s submerged under water at a depth of around 1 meter for 30 minutes. Weighing as light as 100 grams, the device in question flashes a 3.65-inch HVGA display, 3MP lens and runs on the Android 2.3 OS. 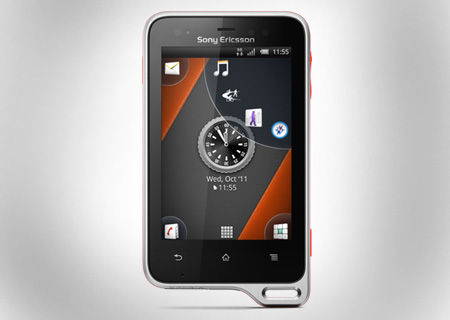 ‘Built to take it,’ are basically the words used by the manufacturer to describe the Sony Xperia active smartphone. Just as its name suggests, this handset is built specifically for the energetic kind along with a sturdy design to prevent uncalled damages. Not only is this Android device dust-proof and water-resistant, but it also comes with a number of pre-loaded applications and tools for monitoring and logging your training. On the hardware front, it sports a 3-inch scratch-resistant TFT display, a 1GHz Snapdragon processor, approximately 5 hours 31 minutes of talktime and a 5MP camera with AF, 8x digital zoom as well as LED flash. 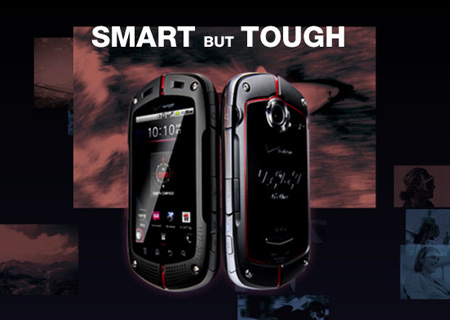 Being hard as a rock and strong enough to withstand harsh conditions isn’t all that we look at when compiling a list of Android phones, the design and aesthetics play an important role as well. One smartphone which fits the bill is the Casio G’zOne Commando and it comes bundled with a number of offerings. To deliver high durability, this device is built around something the company calls the bumper sandwich structure, which portrays a commando, hence the name. The front is affixed with dual stereo speakers and a 3.6-inch WVGA display. Other features include a 5MP camera, 8GB in-built memory and a 1,460mAh battery. 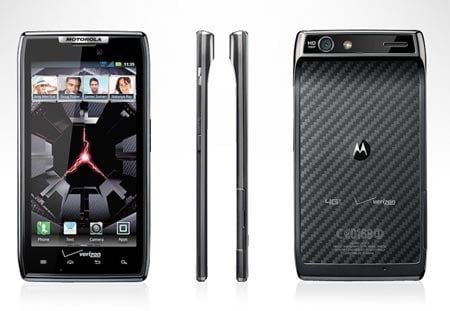 The last entrant in today’s roundup of durable smartphones running on the Android platform is the Droid Razr from Motorola. Upgradable to the Ice Cream Sandwich OS, this 4G LTE-enabled device packs a wide catalog of offerings into its highly reliable form factor. The exterior is basically strengthened with DuPont Kevlar fiber that holds a better chance to shield the body from getting damaged. For providing a protective coating over the 4.3-inch Super AMOLED Advanced display against scratches and scrapes, the company has employed a Corning Gorilla Glass layer. Running the show, is a dual core 1.2GHz processor and 1GB of dual channel RAM.

We’ve searched high and low for these aforesaid rugged Android phones. So go ahead and pick the one that caters to your needs the most. With the attributes these devices have to offer, you’ll never have to worry about damaging your smartphone again.