A few years back, 3-inch smartphones were a popular thing, but now it looks like smartwatches or the Rufus Cuff in particular, wants to take over the forgotten space by bringing it to your wrist. The device has one of the largest screens in the wearable market and it runs on a full version of Android.

At first glance, the Rufus Cuff looks ridiculous, mainly because of its size. But it’s got some pretty great features. Also, the company isn’t marketing it as a smartwatch, but a wrist communicator which allows you to browse the web, make voice and video calls, send and receive messages as well as access full applications from Google Play. The device is compatible with Android and iOS devices and it connects to them via Bluetooth with support for Google Now and Siri, respectively. 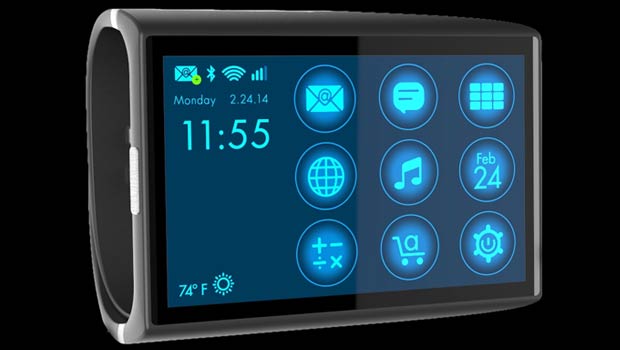 The Rufus Cuff can also be used as a fitness tracker by combining the built-in accelerometer and gyroscope sensors with health apps. Let’s talk about the design. The wrist communicator is as thick as competing smartwatches and it’s water-resistant as well. However, the company is still working to get its IPX7-certified. The biggest disappointment of the Rufus Cuff is its use of an outdated processor, a Cortex A8 chipset from TI which has been discontinued for a long time now. On the bright side, it runs on Android 4.4 KitKat.

Here are the main specs of the Rufus Cuff:

When not connected to a smartphone, the Rufus Cuff can be used independently via Wi-Fi. The company is currently gathering funds on Indiegogo and it has almost reached its goal of $200,000 by raising $183,005 with 7 days remaining. The accessory costs $259 if you’re an early backer of the project or $270 and above at retail.