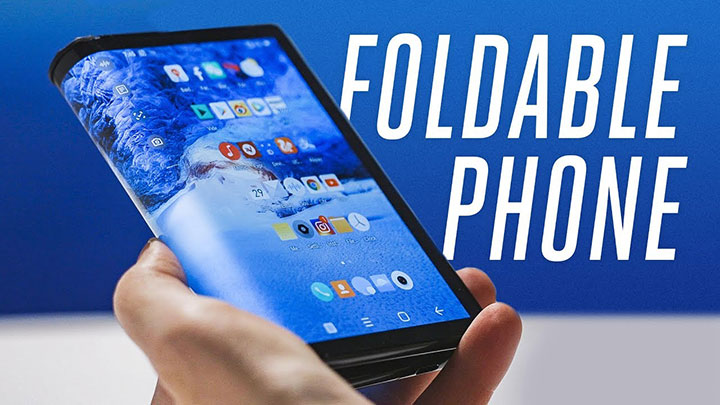 Samsung demoed its foldable phone prototype during its developer conference and released some samples to unique testers. The devices failed and were collected after a quick period of usage as Samsung unsuccessfully took a step back regarding folding phones.

While Samsung is busy sponsoring the NFL playoff favorites with top-notch gadgets for their stadiums, magic happened elsewhere. A small startup headquartered in Fremont, California has already beaten Samsung to the punch. The Royole FlexPai, which debuted in Beijing in October, is a phone-tablet hybrid that features a flexible screen. Already available for developers in China, the FlexPai costs a little over $1300 for the 6GB of RAM/128GB variant and about $1450 or so for the 8GB of RAM/256GB version.

2019 Red Dot Design Award winner, the device shows a unique viable flexible opportunity. The company has been working on it for 6 years and around 30 million dollars were invested in development support.

The phone features a bendable 7.8-inch AMOLED screen that’s made out of flexible plastic and has a 1440p resolution. Running along the back of the FlexPai is a hinge, where you can bend the device in half as if you’re closing a book.

The bend feels a little bit cheap and is still a clear 1.0 version when it comes to folding phones. Other specs include a 2,8GHz octa-core Snapdragon chipset, expandable memory and a 3800-mAh battery that can charge rapidly using Royole’s proprietary charging technology called Ro Charge.

Below the display are the phone’s two cameras: a 16-megapixel wide-angle camera and a 20-megapixel telephoto lens. The cameras act as both the rear and front-facing shooters when you fold the screen together. The FlexPai also has a fingerprint scanner and dual-SIM capabilities. It charges via a USB Type-C port and does not have a headphone jack.

The last thing you want, when you’re setting it up, is to be fearful of potentially interacting with it wrong and catastrophe striking, and of course we’re all very aware of that because of the situation with the Galaxy fold. While botting it up, many warming regarding usability are issued.

One of the problems with current display technology for flexibility is that you get this soft plastic outer shell. It’s not Gorilla Glass, or anything similar because, of course, it must be able to bend. The device does not recommend usage while encountering -2º C, which, for some countries, denies outdoor handling.

In our opinion, the device doesn’t feel close to being something you would want to carry in your pocket. For now. It feels your buying a piece of history. Foldable phones are on the way and the simple fact Flexpai did it and made it work, turns it already into a winner product.

The biggest failure of the FlexPai is, predictably, its software and basic operation. Any time you rotate the device or fold/ unfold it, it gets deeply confused and fails to respond correctly. Apps stacking on top of each other and overlapping with widgets as the tablet was transitioning into phone mode (folded).

The camera is often loaded accidentally more than once. There’s nothing intuitive about the automatic switch between the two phones and regarding Royole’s software called Water OS, it definitely felt out of depth.

The Flexpai won’t be the only flexible phone on the market for long as in addiction to Samsung, other companies like LG and Huawei are also planning on releasing foldable phones in the near future. Furthermore, Huawei will implement high-speed 5G connectivity as well.

While the technological giants keep working on viable folding engineering, Royole outran them all by releasing the first foldable technology. As all these companies, big and small, race to produce these bendable displays and hardware, your ability to purchase the world’s first mass-produced flexible phone may come sooner than you think. But for now, it certainly won’t be the Royole Flexpai.