While folks in the US are spending time colorizing their models of the Moto X, Canadian customers are now getting to finally buy the phone through Rogers, albeit only in its white and black avatars. Signing up a two-year agreement with the carrier qualifies you to receive the handset at a subsidized price of $189.99, while purchasing it without a contract results in the value blowing up to $549.99. ‘Limited quantities’ of the Moto X were already doled out by the network operator earlier, but this release marks its full-fledged debut in Canada.

Rogers is the sole carrier in the country to offer the Moto X, while in the US, it is slated to be launched by a number of different companies. Stateside, it comes with nifty customization options that haven’t made their way into the Canadian models of the phone. While high on style, it fails to be classified as a high-end product if its specifications are to be considered. An HD screen of 4.7-inches in size rests on its front surface, while a 10MP ClearPixel camera finds its way onto its rear. 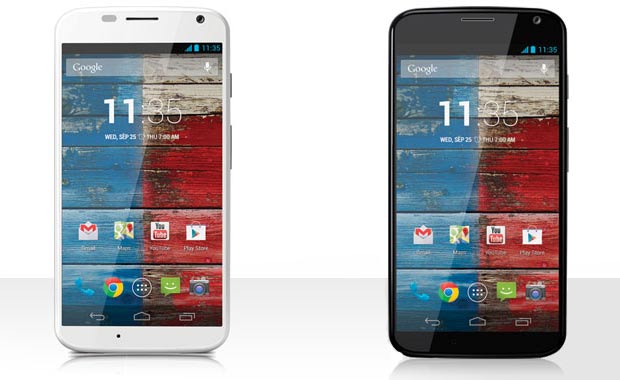 And apart from usual connectivity options like Wi-Fi, Bluetooth, GPS and more, it comes equipped with a number of contextual awareness features that it prides itself on. These include its ability to switch on the camera when you flick the device twice, its facility to be in an always-on condition for users to just say ‘Ok Google Now’ in order to activate it and ask for whatever they wish to have it search and more such attributes.

Rounding up its hardware highlights, the Moto X makes do with a dual core 1.7GHz processor, 2GB of RAM, 16GB worth of memory and a 2,200mAh battery.