The Moto X is all set to make its much-anticipated debut in Canada and it’s going to be a Rogers-exclusive for a price of $189.99. Potential buyers will have to sign the dotted line on a two-year user agreement if they wish to lay their hands on the Motorola device.

In the US, the phone will be made available through all the major carriers like Verizon, AT&T, Sprint, T-Mobile and U.S. Cellular by the end of August or early next month. The last mentioned network provider has already put the device up on pre-order for a price of $124.99 and the manufacturer is planning to introduce the phone in Latin America as well. But the availability details for the rest of the world have been kept under wraps for now. Also, customers in the US have the option of designing their respective units of the Motorola Moto X as the phone is being assembled in their country itself. They can choose a color, accents, memory, wallpapers and even get a personal message carved on the chassis. 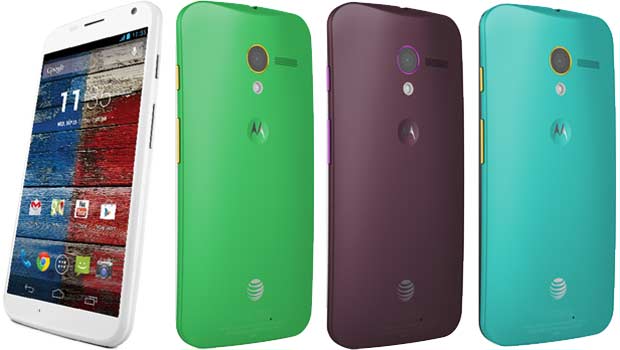 The smartphone’s front panel is dominated by a 4.7-inch AMOLED touchscreen capable of rendering HD visuals in 720p resolution. Its internal working is carried out under the supervision of the dual core X8 processor which is accompanied by 2GB of RAM. The device measuring 5.6mm at its thinnest point, tips the scales at 130 grams and boasts of a 10MP camera, at least 16GB of onboard memory and advanced voice recognition features.

Existing Rogers customers can pre-book the white- or black-colored Moto X for the aforementioned price and it is slated to start shipping this month itself. Others can sign up on the official carrier website to receive updates regarding its availability.